From clinical physician to researcher. Finding satisfaction in building up results 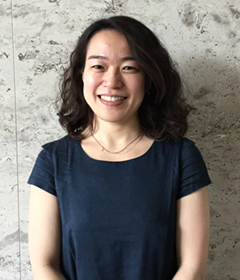 Our laboratory studies genetic backgrounds related to Type 2 diabetes. More specifically, we aim to determine which areas of the genome are related to diseases, which genes are statistically correlated with diseases, and so forth from a large pool of DNA information, focusing on the difference in bases and analyzing at the DNA, RNA and protein levels. Our goal is to feed back the information to clinical settings to be applied to disease prediction, diagnosis and prognosis.

Going overseas to be a researcher

I did not plan to become a researcher at the beginning. In fact, while studying at graduate school, I was a resident at the University of Tokyo Hospital specializing in diabetes. When I decided I would also work on research, I asked for an environment that did not involve mice, and that was why human DNA study was suggested to me. To be honest, I did not like it at first, because it was a repetition of backroom tasks such as collecting patients’ DNA and typing them out one by one. I told myself I should stick to it at least until I finished my thesis. With the finished the thesis, I went to attend a conference overseas for the first time, and got all excited speaking with other researchers. I had such fun I began to think research was not so bad. Of course there are medical practitioners who also work on research, but I have no such capacity. Feeling I might fall back into being a clinician if I stayed in Japan, I ventured to study abroad in England.

Learning from the European work style

I spent six years at the University of Oxford studying the relationship between Type II diabetes and birth weight. I was able to produce results there, and came to work for Riken about half a year ago. When I returned to Japan, the first thing that surprised me was the extremely small number of female researchers. At Oxford, close to half of the researchers were female and they held key positions. It is normal for women to continue their research while getting married and raising children. In the case of Scandinavian women, they come back with no issues after two years of childcare leave. There are so many differences, compared to the realities in Japan.

The work style is also different. In England they all come in early, work rigorously, and leave early. They also take plenty of time off, and yet they maintain their creativity and productivity. I wanted to learn from this, and worked on my research with such concentration I was able to take time off regularly in the end.

I am not so terribly ambitious as a researcher. In the UK there were many ambitious female researchers continuously aiming for the top, while others were satisfied being second. I am of the latter type. At the same time, I never leave a project without completing a research paper. I owe it to the many people who provided the data, and I feel I should publish a paper as soon as possible before the information become obsolete. In any case I consider it important to see it through until I am thoroughly satisfied.

You may not have fun right away with your research. Results do not come easily, and you may struggle. There may be times when you wonder if you are on the right track. Nonetheless, you will for surely achieve results one day if you patiently build up your track record: no shortcuts, no giving up, keep sticking to it. I hope female researchers find happiness and enjoyment doing so, and increase their presences in their fields.