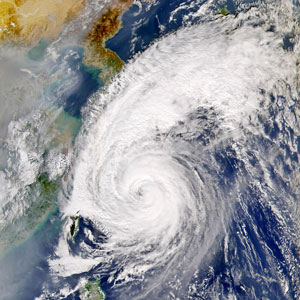 Figure 1:A new simulation method shows the importance of considering the paths and frequency of typhoons and cyclones when assessing local rainfall under future climate in Japan.

A more comprehensive approach to understanding changes to regional climate that includes aspects such as the frequency and paths of typhoons and cyclones has been developed by an all-RIKEN team of researchers1. It promises to help climatologists more accurately understand changes to local climates and also better distinguish between the various contributions to local climate change.

Global climate change as a result of increasing greenhouse gas levels in the atmosphere is causing much concern. But in order to be able to mitigate its effects, it is vital to be able to accurately predict changes to the climate on a local level. This is not easy to do, since the local climate is a complex mixture of three factors.

The first one is the warming of the atmosphere and the consequent rise in its water vapor content, which is a thermodynamic process. Another factor that needs to be considered is atmospheric dynamics; this includes things such as the path of a jet stream and the frequency and locations of major storms. A third factor is the resulting nonlinear changes to the local climate.

To demonstrate the usefulness of this approach, the team used their model to assess future changes to local rainfall in Japan. They then simulated two additional versions of the future climate, by holding either the thermodynamic or dynamic processes constant at present-day levels while allowing the other process to vary. The results they obtained revealed that all three factors affect precipitation, particularly extreme rainfall events, to a similar degree and thus are equally important when predicting local climate changes.

The study demonstrates that robust projections of local precipitation regimes demand reliable projections of atmospheric dynamics. Unfortunately, simulated dynamical changes tend to vary among climate models. The team’s findings underline the importance of improving our understanding of dynamical processes in a warming climate.

“This study is a first step toward grasping meaningful information from future climate projections that include uncertainty,” comments Adachi.