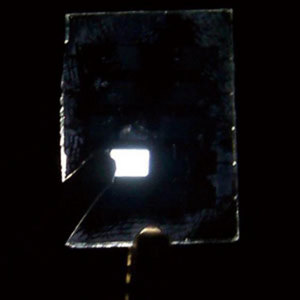 Figure 1: A photograph of the single-emitting-component WOLED in action.

Organic light-emitting diodes (OLEDs) are layered semiconductor devices that produce light upon the application of electricity. The emissive layer is a thin film of an organic compound that is sandwiched between two electrodes; one or both of which are transparent. Other layers of organic materials are often incorporated into OLEDs to facilitate the transport of electrons and holes through the device. It is the recombination of electron-hole pairs in the emissive layer that result in the generation of light.

To ensure that intense emission is achieved across the whole visible spectrum, most WOLEDs are composed of more than one light-emitting component. There are some examples of single-emitting-component WOLEDs based upon polymers, but none of them emit ‘pure’ white light. 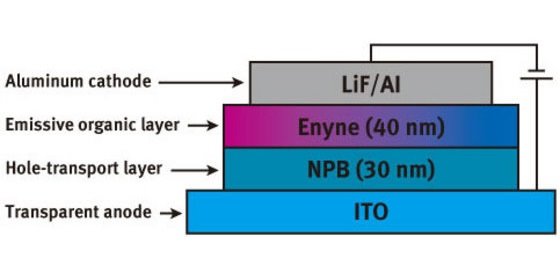 Figure 2: A schematic diagram showing the layered structure of the new WOLEDs.

Now, researchers at RIKEN’s Discovery Research Institute in Wako and Jilin University in China have developed1 a new class of materials known as π-conjugated organic compounds, which can, individually, emit pure white light. This discovery has enabled the team, led by Zhaomin Hou, to build single-emitting component WOLEDs, an advance that Hou argues has “many advantages, such as better stability, better reproducibility and a simpler fabrication process.”

The organic molecules are built around a central enyne unit—a carbon-carbon double and triple bond linked directly to one another. This holds together two substituents, carbazole groups, which are known for their interesting optoelectronic properties. These compounds are made in remarkably high yields using catalysts that contain either a lanthanum or lutetium atom—two of the so-called lanthanide elements—which are decorated with organic groups.

The chemical synthesis begins with a single starting material that has a reactive alkyne (carbon-carbon triple bond) group at one end. In the presence of the lanthanide catalysts, the alkyne molecules are joined together in pairs to form the enyne compounds. Two structurally related enyne compounds can be made selectively depending upon the composition of the catalyst.

When the lutetium catalyst is used, the groups attached to the central carbon-carbon double bond point away from the same side of the molecule resulting in a U-shape. In contrast, the lanthanum catalyst gives a similar compound, but the double bond substituents stick out from opposite faces and the molecule adopts a relatively linear, albeit slightly kinked, shape.

In solution these compounds fluoresce blue. However, when deposited as a thin film, additional emissions in the green and red regions of the visible spectrum combine to produce white light. These longer wavelength emissions originate from the formation of closely associated pairs of electronically excited molecules, known as excimers, confined together in the solid state.

“Honestly speaking, this is a serendipitous discovery,” admits Hou. “It was an unexpected surprise to us that a simple π-conjugated organic compound, which shows intense blue fluorescence emission in solution, can emit pure white light in a solid-state device.”

To construct a working device, a thin layer of the emitting compound is sandwiched between a transparent indium-tin-oxide (ITO) electrode and a reflective aluminium-based one. The devices (Fig. 1) typically measure 2 x 3 mm, are 300–400 nm thick, and only require small amounts of the organic compound—approximately one hundredth of a gram.

The first generation of devices consisted of a single 60 nm film of the organic molecules produced by vacuum deposition. When a voltage was applied to these devices, white light was emitted. The device characteristics could be further improved by adding a second layer of an organic material that acts as a hole-transport layer. A commonly used compound for this purpose is known as NPB and is commercially available. According to Hou, “NPB can improve many properties of an electroluminescence device, such as increasing the brightness and efficiency, and lowering the turn-on voltage.”

The path to enlightenment

As expected, the second-generation double-layer devices (Fig. 2) incorporating a layer of NPB did exhibit better device performance. Not only did the intensity of the emission increase, but purity of the white light also improved. In this field, color is often defined using CIE (Commission Internationale de l’Eclairage) coordinates and those obtained for this device (0.32, 0.33) are almost the same as those of pure white light (0.33, 0.33).

Although the brightness of these devices is no match for traditional light bulbs, they are comparable with present day television and computer displays. Hou also points out that the fluorescence intensity achieved is among the highest reported for single-emitting-component WOLEDs. These WOLEDs are not ready for the marketplace just yet. In the current generation of devices, the turn-on voltages are still a little high and the long-term stability and lifetime of the WOLEDs has not yet been addressed. “Further studies are required for commercial application,” says Hou.

Building upon their success so far, Hou and colleagues plan to broaden the scope of their investigation. “We plan to synthesize a series of derivatives having different substituents, based on the π-conjugated enyne core structure reported here, to try to gain more information about the structure-property relationship of this new class of compounds,” says Hou. “Based on this knowledge, we will design and develop more efficient materials for WOLEDs.” 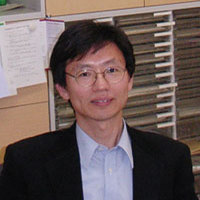 About the Author Zhaomin Hou graduated from China’s University of Petroleum in 1982, majoring in applied chemistry, and earned his doctorate at Kyushu University in 1989. He became a postdoctoral fellow at RIKEN in 1990. After a two-year fellowship at the University of Windsor in Ontario, Canada, he became a research scientist at RIKEN in 1993, becoming Chief Scientist and Director of the Organometallic Chemistry Laboratory in 2002. Currently, Hou also teaches at Rikkyo University and Saitama University in Japan and Peking University in Beijing.