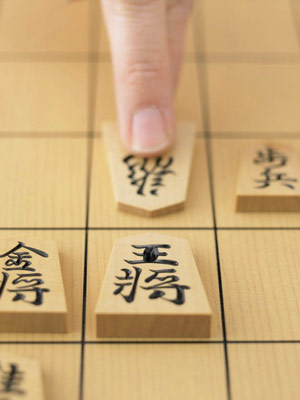 Figure 1: The Japanese board game called shogi, also known as Japanese chess, is a two-player board game that requires strategic thinking.

Primates, particularly humans, are set apart from other vertebrates by more than a huge expansion of the cerebral cortex, the region of the brain used for thinking. The connection and coordination of the cerebral cortex with other, older parts of the brain also play a significant role, according to findings published recently in Science by a research team from the RIKEN Brain Science Institute (BSI) in Wako1.

The researchers, led by Keiji Tanaka, found that professional players of the Japanese chess-like game of shogi(Fig. 1) can use part of brain associated with intuitive or habitual behaviors to establish a best next-move in a way that distinguishes them from amateurs. One result of experience and training seems to be the ability to shunt some immediate neural tasks from the cerebral cortex to the more intuitive basal ganglia, leaving the cortex free for planning higher-level strategy.

“Our findings may be regarded as showing that in amateur players problem-solving occurs mostly in the newly developed brain structure, but in professionals an important part of the process goes to the old brain structure,” Tanaka says. “This shift makes the process quick and unconscious.”

The work may have significant ramifications for training, particularly in understanding what constitutes an intuitive part of a job as opposed to the intellectual or educative part. It is also relevant to the development of computer expert systems. “The elucidation of such brain mechanisms may hint at a way to train engineers efficiently to become experts,” Tanaka explains. “Trouble shooting of computer networks, for instance, is dependent on intuitive insights of experienced engineers. They often focus on specific points of the network, but cannot explain why they do so.”

Using board games to understand the mind 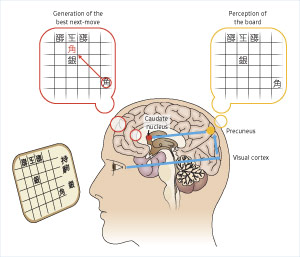 Figure 2: After seeing the state of play, professional shogi players respond intuitively to a game situation by recognizing the pattern in the precuneus area of the brain, which passes to the caudate nucleus for a response.

Investigating mechanisms of higher brain functions of decision making has been one of the prime interests of Tanaka’s laboratory at BSI. An important question in this field, which has long been a subject of inquiry, is how experts differ from the rest of us.

Board games, particularly chess, have been used extensively in these studies because specific questions can be asked within the boundaries of a set of well-defined rules. In complex games, such as chess or shogi, groups of players are clearly defined as either experts or amateurs.

Although psychologists have been studying the players of such games for more than a century, there has been almost no work on the underlying neural mechanisms. Consequently, differences in neural activity between the brains of amateur and expert players remain poorly understood. Tanaka and his team designed their study, in part, to provide much-needed data on brain function.

The psychological studies of board game players led researchers to propose that expert chess players perceive patterns more quickly than amateurs by matching them to a series of stereotyped arrangements known as ‘chunks‘. The theory is that these chunks are associated with best next-moves in the long-term memory of expert chess players, so they can use them as a rapidly accessed starting point for responding to the problem.

To test this theory, Tanaka and his colleagues worked with groups of professional and high- and low-rank amateur players of shogi. They studied short and longer-term responses of players when asked to plot the best next-move in variousshogi problems, akin to chess problems. Shogi problems can be more complex than those of chess because captured shogi pieces are allowed to re-enter play on the side of the player who has taken them.

Visualizing the minds of experts

Members of Tanaka’s team with significant expertise in functional magnetic resonance imaging (fMRI) used this non-invasive technique to pinpoint which parts of the brain are active at a particular time. They initially presented shogiplayers with board game patterns of different types—opening shogi patterns, endgameshogipatterns, random shogi patterns, chess, Chinese chess—as well as other completely different stimuli such as scenes and faces. The board game patterns, but not the other scenes, stimulated activity in the posterior precuneus region of the cerebral cortex of all shogiplayers. Previous fMRI studies have shown that the precuneus is generally associated with tasks involving visuo-spatial imagery, the relationship of shapes to one another. In this study, activity was particularly strong in professional players presented with shogi opening and endgame patterns. The researchers suggest this is associated with pattern recognition specific to their area of expertise—in this case, shogi.

Tanaka and his colleagues then asked players to nominate the best next-move in a series of shogiproblems under two sets of circumstances. In the first, they were allowed only one second to study the presented pattern; in the second, eight seconds. Reactions to the short-term problem would rely solely on intuition, the researchers reasoned, whereas the longer-term problem allowed time for conscious analysis. This contention was supported by interviews with the subjects afterwards.

Professional players presented with the short-term problem displayed activity in the caudate nucleus of the older, more primitive part of the brain, the basal ganglia (Fig. 2). The neural activity of amateurs in response to all problems and of professionals to the longer-term problem was confined to the cerebral cortex. The researchers propose, therefore, that development of an intuitive response is a result of the training and experience that marks experts.

“To further elucidate processes of intuitive problem-solving,” says Tanaka, “we need to establish primate models, in which a wider range of experimental methods can be applied.”

Keiji Tanaka graduated from the Department of Biophysical Engineering, Osaka University in 1973. He got his Ph. D. in 1983 from The University of Tokyo, Medical School by dissertation. He is now studying mechanisms of visual object recognition and those of goal-directed behavior by using single-cell recordings and lesion-behavioral methods on nonhuman primates. He has also pursued fMRI on the human cortex at sub-millimeter spatial resolution. He was one of the founding members of the brain science research group in RIKEN. He is now the deputy director of the RIKEN Brain Science Institute. He has also actively worked in the international neuroscience community; e.g. acting in the editorial boards of many important journals, including Science, Neuronand The Journal of Neuroscience, and serving as the deputy chair of the International Neuroinformatics Coordinating Facility.