From a drop of blood, a clone 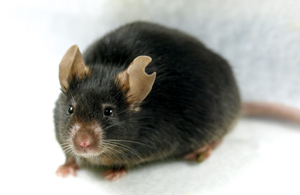 Over the last few decades, scientists have drawn upon a powerful arsenal of biotechnology techniques to establish a wide variety of genetically engineered mouse strains. These animals represent invaluable resources for studying mammalian development and disease, but many of these mouse lines are infertile or challenging to breed by conventional means. Atsuo Ogura and colleagues at the RIKEN BioResource Center have now developed a simplified cloning strategy that should make it easier for scientists to protect their painstakingly developed mouse lines1.

“We have been undertaking somatic cell nuclear transfer experiments for the preservation of valuable mouse genetic resources,” explains Ogura. Somatic cell nuclear transfer (SCNT) is the standard technique for mammalian cloning, in which a nucleus from a donor cell of interest is transferred into an unfertilized egg from which the nucleus has been removed. The resulting cell acts like a fertilized egg and gives rise to a clone of the donor animal.

Ogura was interested in the possibility of using blood to obtain nuclei for SCNT as a more straightforward and less invasive donor cell harvesting procedure. As an initial test, the researchers collected drops of blood from the tails of donor animals and attempted to derive clones from various subtypes of blood cells. For comparison, they performed parallel SCNT experiments using cumulus cells, which normally act as support cells for the oocyte and are commonly used as donors for cloning.

Although the success rate was generally higher with cumulus cells, Ogura was pleased to find that his team could successfully generate clones (Fig. 1) from two different blood cell types—granulocytes and lymphocytes. “Peripheral blood cells, especially granulocytes, are terminally differentiated cells and have a short life span,” he explains. “It was surprising that they can give rise to a new life by nuclear transfer.” Ogura’s team successfully used granulocyte-based SCNT to clone four different genetically modified mouse lines. These initial results indicate that the technique should be broadly applicable, and Ogura proposes that it could even help preserve endangered species in the wild.

The use of peripheral blood offers notable advantages for cloning compared with the collection of other source tissues, which can sometimes require euthanization of the donor animal. Although other, non-SCNT, techniques are available for rescuing ‘endangered’ mouse lines, such methods require viable male germ cells and are therefore not universally applicable. Ogura’s priority now is to boost the efficiency of peripheral blood SCNT so that the technique’s reliability is on par with its simplicity.