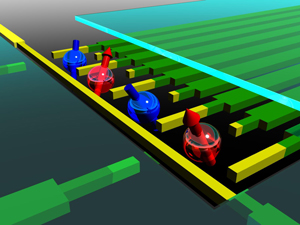 Figure 1: Electrode-defined quantum dots provide a scalable architecture for quantum information processing by trapping electrons and controlling their spin state, either ‘up’ (red) or ‘down’ (blue).