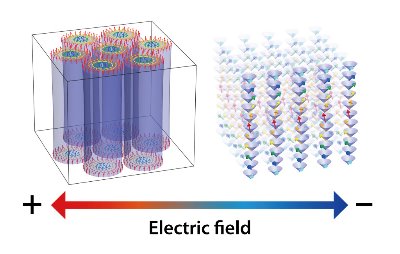 Figure 1: A lattice of swirling magnetic vortices called skyrmions can be switched between two states using an electric field.