In a remarkable demonstration of the curative power of memory, published in Nature, scientists have established that artificial reactivation of memories stored during a positive experience can suppress the effects of stress-induced depression. The research, conducted by scientists at the RIKEN-MIT Center for Neural Circuit Genetics, a joint collaboration of RIKEN Brain Science Institute in Japan and MIT, shows how positive and negative memories interact in mood disorders, and provides a specific brain circuit for future clinical interventions.

The research, conducted in the laboratory of RIKEN Brain Science Institute Director Susumu Tonegawa, an MIT Professor and 1987 Nobel Laureate for the discovery of antibody diversity, tackles the long-standing question of whether a positive memory can overwrite a negative one. To answer the question, the research team used genetic engineering to create mice in which memory cells from a brain area called the dentate gyrus (DG) could be tagged while memories formed, and later reactivated with a blue light-emitting optical fiber implanted in the DG. The team could then turn on memory cells created during previous experiences.

To test the system, male mice were given a positive experience—exposure to a female mouse—and formed a memory of the event. They were then exposed to a stressful experience that led to a depression-like state. While they were depressed, light was used to stimulate the DG of some mice and reactivate the memory cells for the positive experience. Surprisingly, this resulted in a robust recovery from the depressed state. Mapping the brain circuit for this effect revealed two other brain areas—the BLA and NAcc—that cooperate with the DG.

To examine whether this type of recovery from depression can include persistent changes in brain circuitry that remain even in the absence of light stimulation, the researchers supplied chronic light therapy to the DG over 5 days, ensuring sustained reactivation of the positive memories. Mice who received this therapy were resilient to the negative effects of stress-induced depression, suggesting that memory storage of positive experiences in the DG can be used to suppress or overwrite the damaging effects of stress on behavior, a new concept in mood control.

The findings have important implications for the persistence of memory in coping with stress and depression. The interaction of positive and negative experiences and their corresponding memories is poorly understood, but the findings open a path to new approaches in mood disorder therapy that might be helpful for patients in the future. The authors say it is too early to conclude whether positive memories in general can mitigate the effects of stressful depression. However, it is clear that DG cells are promising targets for therapeutic approaches to maladaptive mood states. 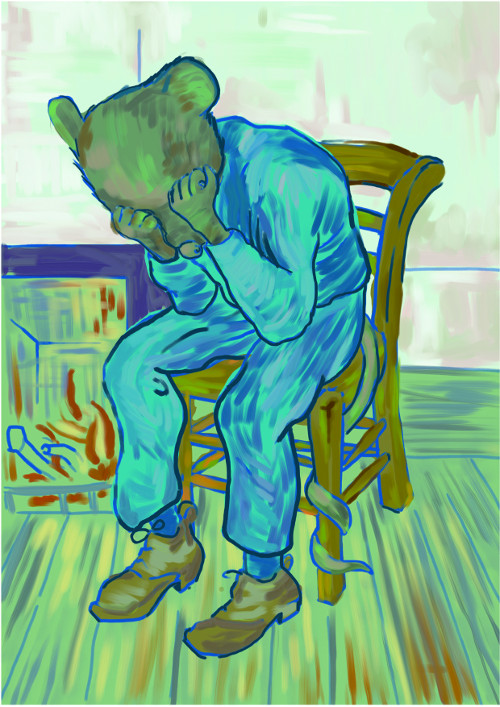 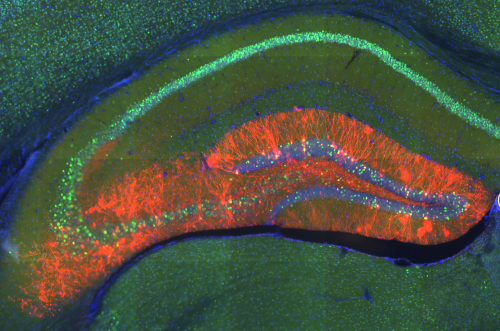 Cross section of a positive memory