Near superfluid conditions prompt atoms to form pairs to pass through a narrow gate, finds a new mathematical analysis 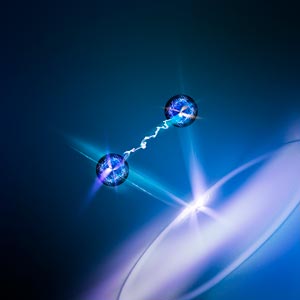 Figure 1: A mysterious experimental result by physicists at ETH Zurich in Switzerland has been explained by fermionic particles forming pairs that have no net spin. © RICHARD KAIL/SCIENCE PHOTO LIBRARY

A new model developed by RIKEN researchers explains a mysterious behavior of atoms discovered by Swiss scientists1. The model could help provide clues about the fundamental nature of matter.

Scientists at ETH Zurich in Switzerland studying atomic gases created two reservoirs of magnetically trapped fermionic atoms (atoms with a pseudo spin of one half). They connected these by a quantum point contact, which narrows the flow of electrons between the reservoirs so that the electron transport is effectively only one dimensional and transverse motion is limited to that allowed by quantum mechanics. This leads to quantized conductance—that is, flow through the contact increases in discrete steps.

Such transport measurements are the workhorse experiment of condensed-matter physics. Measuring the flow of electrons between two electrodes and how this is affected by external influences such as magnetic fields and nanostructures has helped determine the properties of superconductors and materials in the so-called quantum Hall regime.

As Shun Uchino from the RIKEN Center for Emergent Matter Science explains: “A conductance beyond the quantization value was measured at temperatures slightly above the critical temperature for a strongly interacting superfluid, which cannot be explained by existing theories.”

To better understand this strange behavior, Uchino and his colleague Masahito Ueda developed a model for describing conductance through a quantum point contact near the superfluid regime. Their analysis indicates that before going through the quantum point contact, some of the fermionic particles can form pairs, or bosons, with no net spin. This explains the results seen in the Swiss experiments.

Such cooperative phenomena are well known in physics and lead to effects such as superconductivity. “What we found is highly nontrivial in that a certain type of cooperative phenomenon emerges in strongly interacting systems due to superfluid fluctuations,” says Uchino. “We believe there may be other novel phenomena that can be uncovered using a transport setup in ultracold atoms.”

“Our finding may provide a hint for understanding related systems such as high-temperature superconductors and superfluids in neutron stars.”