Food allergies could be treated by inhibitors that prevent histamine release 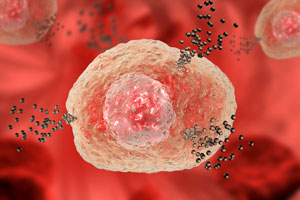 Food allergy has become increasingly prevalent over the last few decades. Patients with severe food allergies have few medical options other than an emergency dose of adrenaline to stave off a potentially deadly anaphylactic reaction. Insights into the allergic inflammatory response gained by RIKEN researchers could open up other, less drastic, treatments for food allergy1.

Allergic reactions to food are fueled partly by mast cells in the intestine, which release various inflammatory molecules including histamine (Fig. 1). Tomoaki Ando at the RIKEN Center for Integrative Medical Sciences and co-workers suspected that the histamine-releasing factor (HRF) protein may play an important role in this process. HRF stimulates the release of inflammatory molecules by mast cells. But it also has many other functions, which makes it challenging to study. The team overcame this problem by developing a molecule that selectively prevents HRF from activating mast cells.

Working with a mouse model, the researchers showed that food allergies result in the production of high levels of IgE antibodies that can bind to HRF. These IgE antibodies are captured by mast cells, enabling them to respond to HRF, and HRF is in turn responsible for switching on mast cells and driving inflammation.

The HRF inhibitor developed by Ando and his colleagues interferes with antibody binding. Mice models that were pretreated with the inhibitor exhibited reduced allergy-induced inflammation and diarrhea. 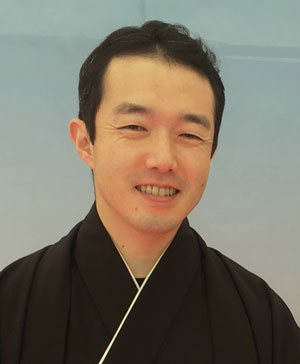 Tomoaki Ando and co-workers have shown that inhibitors that block a key component of the inflammatory response could put a damper on food allergies. © 2018 RIKEN

Importantly, this compound also mitigated allergic responses that were already underway. “Orally applied HRF inhibitors can prevent food allergy in mice,” says Ando. “This means it may be possible to develop an oral medicine for food allergy.”

The same mechanism also appears to contribute to egg allergy in humans, and the researchers observed elevated HRF-reactive antibody levels in a cohort of patients. Several studies have suggested that controlled dosing with food allergens reduces allergic responses in some patients. Ando and the team demonstrated that patients who exhibited a sustained response to this treatment had high HRF-reactive IgE levels prior to the treatment. Thus, measurements of these antibodies could offer a valuable indicator for clinicians to predict patients’ responses.

This correlation also suggests that food allergies in humans could be staved off by using interventions that block the interaction between antibodies and HRF—or the production of HRF-reactive antibodies.

With proof of concept established, Ando hopes to develop superior compounds for clinical testing. “It is still not clear which type of inhibitors, such as peptides or recombinant HRF, will be best for this application,” he says. “We are now focusing on developing the most potent HRF inhibitors.”