RIKEN researchers have developed a set of general principles on electron phenomena known as ‘Dirac points’ that should enable researchers to better study and manipulate them. This will contribute to global work on next-generation electronic devices.

Saeed Bahramy of the RIKEN Center for Emergent Matter Science and colleagues from St Andrews University (UK) led an international collaboration that combined theoretical modeling with experimental measurements to predict whether electrons will form the unusual cross-over states in a family of useful two-dimensional materials1.

Electrons in solid materials can only have a restricted range of energies, known as bands. These include a lower-energy valence band, filled with electrons that stay close to their atoms; and a higher-energy conduction band, which may contain electrons that are more mobile.

Under certain circumstances, electrons in these bands can cross over and ultimately reverse their positions in this energy hierarchy. At the crossover, known as the Dirac point, electrons in each band will have precisely the same energy and momentum (Fig. 1).

Dirac points can cause a range of odd behaviors. For example, they may allow electrons in the bulk of a material to travel as if they were massless particles, or give insulators an electrically conductive surface. These so-called bulk Dirac points and topological surface states are expected to provide new ways to manipulate electrons and use them to process data. 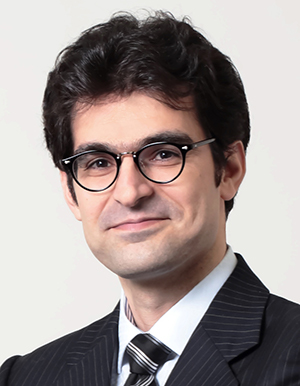 The team found that these electronic states largely arise from the behavior of electron orbitals on the chalcogenide elements in the materials. By calculating the properties of those orbitals, the researchers could predict whether a particular material will exhibit unusual states.

Contrary to expectations, this approach suggested that bulk Dirac points and topological surface states could coexist in a range of TMDs. The team then used angle-resolved photoemission spectroscopy (ARPES) to confirm their presence in various TMDs. “This opens new possibilities to create electronic devices with advanced functionalities,” says Bahramy.

This theoretical framework should also allow researchers to tailor the properties and locations of Dirac points in TMDs. “We expect the same phenomena across a wide range of materials that share the same symmetry properties as the TMDs,” says Bahramy. “We hope we can use the general principles we have proposed in this work to design materials with tuneable topological properties.”