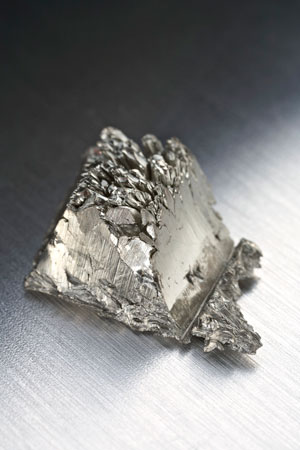 A catalyst that could meet the need that new pharmaceuticals and novel materials have for silane molecules with their carbon−silicon bonds has been developed by RIKEN researchers1. The catalyst has an ‘open sandwich’ structure and is able to attach silicon to a wide variety of carbon-based molecules, while controlling the stereochemistry of the newly formed carbon−silicon bond, forming left- or right-handed molecules to order.

As silicon is readily availably, being the second-most abundant element in the Earth’s crust, there is a great deal of interest in putting it to use, says Zhaomin Hou from the RIKEN Center for Sustainable Resource Science, who led the research. Silicon is a close chemical relative of carbon—it sits directly below carbon in the periodic table—and can readily be incorporated into carbon-based organic molecules in a reaction called a hydrosilylation. However, forming this new carbon−silicon bond often creates a molecule that can exist in left- and right-handed forms, which are called enantiomers. When the mirror-image molecules have silicon at their heart, they are known as silicon stereogenic.

For most applications, researchers need a single enantiomer in pure form. “There has been a lack of an efficient and general route or catalyst for synthesizing silicon-stereogenic silanes of just one enantiomer,” Hou says. “We recently found that chiral, half-sandwich catalysts containing rare-earth metals can show unique activity and selectivity in a number of asymmetric transformations. This prompted us to study the synthesis of silicon-stereogenic silanes by using these catalysts,” he says.

The ‘meat’ of the chiral open sandwich complex is a scandium ion that catalyzes the hydrosilylation reaction. The ‘bread’ is a large molecular side unit, known as a ligand, that hangs off one side of the metal, forcing the formation of a new carbon−silicon bond on the other side. The team tried ligands of several shapes and sizes before finding one that was just right, controlling how the two reacting molecules come together and greatly favoring the formation of one enantiomer over the other.

The catalyst proved to be chemically versatile. “It shows high activity for the hydrosilylation of a wide range of aliphatic and aromatic alkenes with both cyclic and non-cyclic silanes,” Hou says. It is also highly selective, delivering yields of up to 98 per cent pure left or right handedness. “Chiral half-sandwich rare-earth complexes can serve as a unique platform for asymmetric catalysis.”

Hou adds that the potential is huge. “It offers an efficient and general route for synthesizing silicon-stereogenic silanes from easily available starting materials. We will continue to explore the potential of this novel class of catalysts for various chemical transformations.”