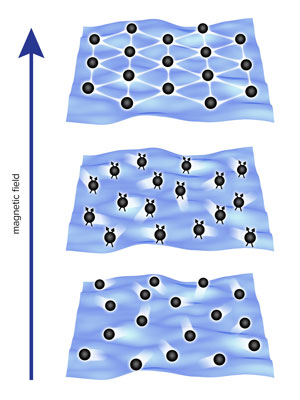 Figure 1: On increasing the applied magnetic field, electrons in a two-dimensional plane in a zinc oxide system go from a gas-like state (bottom) to a liquid state of composite fermions (middle) to a crystal-like state (top). Modified from Ref. 1 and licensed under CC BY 4.0 © 2018 D. Maryenko et al.

By subjecting electrons confined to a two-dimensional plane in zinc oxide to enormous magnetic fields, RIKEN researchers have observed the system transition from a liquid to a solid1. The insights gained may have implications for the development of quantum computers.

The three phases of matter—gas, liquid and solid—and how they change with temperature are very familiar from everyday life. It turns out that other systems made from building blocks other than molecules exhibit similar phases.

One such system that has been exciting physicists is electrons trapped in two dimensions. “There are still some unclear things about two-dimensional electron systems,” says Denis Maryenko of the RIKEN Center for Emergent Matter Science. “They have some interesting properties that don’t exist in three dimensions. That’s the fascination with them—you can never be sure what will see.”

Now, Maryenko and co-workers have looked at what happens to a two-dimensional system of electrons in a zinc oxide system when they ramped up the magnetic field to roughly 750,000 times that of the Earth’s. They had to go to the Netherlands to do the experiments, as there are only a handful of facilities in the world capable of generating such high magnetic fields.

At low magnetic fields, the electrons behaved like molecules in a gas, barely noticing each other. 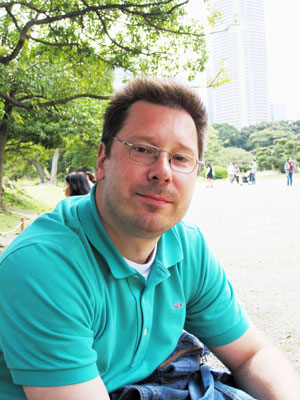 Denis Maryenko and co-workers have observed a phase transition between a composite-fermion liquid and a Wigner solid by applying a high magnetic field to zinc oxide. © 2019 RIKEN

On increasing the magnetic field even further, the particles formed a crystal-like array known as a Wigner solid. Maryenko notes that they are currently not sure whether the particles that make up the Wigner solid are composite fermions or electrons.

Maryenko and colleagues are particularly interested in finding out what happens at the point where the composite fermion liquid changes into the Wigner solid. “We feel it’s very strange how these two phases transition into each other,” Maryenko says. “We haven’t come across any studies that treat such a transition. Normally, each phase is considered separately.”

When asked about practical applications, Maryenko laughs and says: “It’s always a bit difficult to talk about applications when you have a 30-tesla field and liquid-helium temperatures!” But he notes that better understanding the system could be important for realizing quantum computing since composite fermions can pair up and produce particles with states that can be used in a quantum-computing scheme.