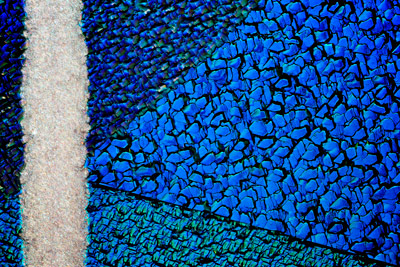 Materials in which electrons are strongly localized are promising for use in next-generation solar cells and optoelectronic devices, calculations by a RIKEN theoretical physicist and a collaborator have indicated1.

Conventional photovoltaic devices such as solar cells and light detectors use a phenomenon known as the photovoltaic effect to convert light into electricity. An essential element of such devices is an interface between a material with an excess of electrons and one with a deficiency of electrons (a p–n junction). But devices based on a single p–n junction have several limitations: for example, their light conversion efficiency is capped at around 34%.

Another effect, known as the bulk photovoltaic effect—a phenomenon whereby light generates an electrical current in materials that meet certain conditions—is attracting increasing attention because it has the potential to overcome these limitations, making it attractive for use in next-generation solar cells and light detectors.

“I’ve been working on the geometric current in solids for nearly two decades, and the photovoltaic effect is the hottest topic in my view,” says Naoto Nagaosa from the RIKEN Center for Emergent Matter Science. 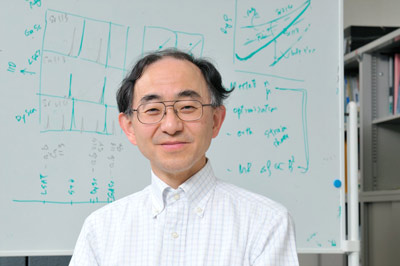 Now, Nagaosa and a colleague have calculated that the bulk photovoltaic effect can occur in a one-dimensional (1D) disordered system known as a 1D Anderson insulator as long as there is sufficient coupling between electrons and particle-like vibrations known as phonons.

The researchers used a tight-binding model with a disorder potential to study the photocurrent in a 1D chain attached to metallic leads. They found that a photocurrent flows through the system even in the presence of substantial amounts of disorder, thanks to the weak dissipation arising from electron–phonon interactions.

In agreement with recent experiments on a ferroelectric semiconductor, the bulk photovoltaic current was found to be nearly independent of the amount of disorder, as long as the disorder potential is smaller than the band gap. However, there is a characteristic dependence on bulk dissipation, which manifests as a temperature dependence of the photocurrent. At room temperature, the photocurrent can reach the value it would have in a perfectly ordered system even when the chain is very long.

“Taken together, these results imply that Anderson insulators can be promising material candidates for efficient solar cells and photodetectors,” says Nagaosa.

In 3D Anderson insulators, the contribution of the localized states to the photocurrent should become dominant under illumination with light of frequency resonant with the band gap. Thus, it will be possible to test the new theory not only in 1D chains, but also in 3D systems.