Probing the secrets of a neuron’s pulse 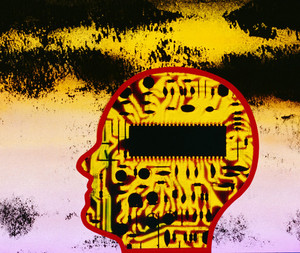 A mathematical model describing the way that information is transmitted between neurons could help scientists to better understand how our brains manage huge amounts of data, RIKEN researchers say.

Neurons are the cells that make up our nervous systems—there are about 100 billion of them in your brain, and they are ultimately responsible for our ability to perceive the world around us and make decisions based on that information.

But how do neurons handle this information? “In the brain, neurons have contacts at synapses and communicate with each other through electric pulses,” explains Taro Toyoizumi, a neuroscientist at the RIKEN Brain Science Institute in Wako.

Those electrical pulses can be measured, but any signal that carries useful information is always degraded by the presence of ‘noise’—random electrical activity that carries no information of interest. Making an extensive series of measurements can help to pin down exactly what part of the pulse is noise, but there will always be a limit to the accuracy of scientists’ assessment of the information carried by the neurons’ signals. That limit can be calculated statistically, and is referred to as the Fisher information (after British statistician Sir Ronald Fisher).

Toyoizumi, along with RIKEN colleague Shun-ichi Amari and Kazuyuki Aihara of the University of Tokyo, have now calculated the Fisher information associated with a group of computer-generated neurons1.

Previously, researchers have shown that the frequency of a neuron’s pulses— say, three electrical ‘spikes’ per second—carries information about whatever sensory input is stimulating it. But extra information can be encoded in the exact timing of these spikes—for example, whether the neuron generates a pulse at a certain number of milliseconds after being presented with a stimulus.

Toyoizumi and colleagues’ analysis goes further than previous work by assessing the Fisher information for both of these factors. In this model, which has strong connections between neurons, “we found that a significant amount of information is in spike-timing,” Toyoizumi says.

The teams’ calculations could also give neuroscientists clues about where to look for the origins of particular kinds of neuronal stimulation, and the sources of electrical signals that wash through the brain. “Based on the spike-based Fisher information, we predict in a simple case what kind of recurrent connections are optimal for estimating the location of a stimulus or the onset of a stimulus,” says Toyoizumi. “Those kinds of optimal connections might be discovered by future experiments with new imaging techniques,” he suggests.