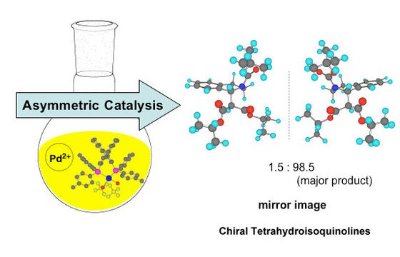 A new reaction has been developed that allows the specific addition of a small molecule to nitrogen containing organic ring compounds. The small di-ester molecule, malonate, was added to a simple bi-cyclic molecule, known as dihydroisoquinoline (DHIQ).

Although examples of reactions to one end of a carbon-oxygen double bond are known, the number of catalytic reactions to the corresponding carbon-nitrogen double bond, imine, is limited because of highly coordinating and basic characters of nitrogen which can deactivate catalysts.

This latest development relies on a catalyst’s unique characteristics. The work, performed by Mikiko Sodeoka and colleagues from the RIKEN Discovery Research Institute, Wako, uses a palladium-based catalyst to make the core found in many biologically active compounds1.

The addition reaction between the DHIQ and malonate was efficient. The product of the reaction is a more complex molecule, known as a tetrahydroisoquinoline (THIQ), where the added ester is attached to the carbon next to the nitrogen atom, which could find many applications of interest to medicinal chemists. 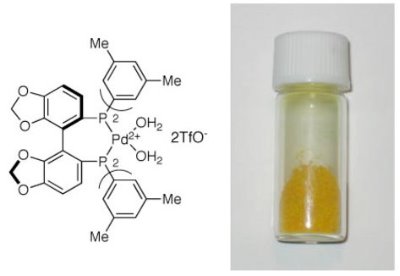 Figure 2: A schematic of the chiral Pd(II) complex.

For most medications, one enantiomer of a compound is more active than the other and produces the desired therapeutic effect. For example, a popular over-the-counter anti-inflammatory medication, naproxen, one of the enantiomers (S-enantiomer) is twenty-eight times more biologically active than the other (R-enantiomer), and is prescribed in an optically pure form as required by the Food and Drug Administration (FDA) in the US.

To demonstrate that the reaction could be used as a general procedure, Sodeoka and colleagues used a range of starting compounds and differing reaction conditions. Each starting compound had the same central carbon framework with two ring structures. Some of the best results obtained were in just two hours with over 90 per cent conversion rates. What's more, the reactions produced more of the target than the other possible mirror-image compound (Fig. 1).

Sodeoka is very motivated and passionate about the work that she does. “I was interested in and started research on the chemistry of chiral palladium enolates more than 10 years ago,” she says. “We prepared the critical palladium catalysts and developed many enantioselective reactions.”

Sodeoka and colleagues have plenty of expertise in this area of research and published several research papers along the way. “Actually, we found this unique feature of our catalyst about five years ago, and have shown that our catalysts are useful for the other types of reactions,” says Sodeoka, although she admits that forming THIQs was challenging. In addition to the problems encountered working with a compound containing nitrogen, it was also difficult to achieve high enantioselectivity due to its cyclic shape.

“We had problems first,” Sodoeka points out, “but when the timing of [the] addition of the [protecting] Boc reagent was changed, we were pleased to find that the reaction proceeds.” The team later went on to work out the mechanism of the underlying reaction to understand their finding. They now know that the formation of an intermediate, an N,O-acetal group, and its activation by acid to generate another highly reactive group, an iminium ion, in the reaction flask is critical. In fact, this is the first time that this N,O-acetal group has been used in a catalytic asymmetric reaction and this discovery is likely to be of use to other chemists.

These latest results from Sodeoka and team are noteworthy since Sodeoka moved to RIKEN from a university just two years ago; she has organized her laboratory quickly and obtained good results in a short period of time.

The importance of being able to synthesize enantiomers to science was recognized by the Nobel Prize awarded in 2001 to Ryoji Noyori, current president of RIKEN, K. Barry Sharpless of The Scripps Research Institute and William S. Knowles formerly of Monsanto. The prize acknowledged the outstanding work of these scientists for their work on chirally catalyzed hydrogenation reactions in which the net result is the addition of hydrogen to the product. Enantiomers are critical to the preparation of biologically active molecules such as pharmaceutical drugs and perfumes.

Sodeoka and colleagues now plan to synthesize biologically active molecules, natural products known as alkaloids, and continue developing various other reactions based around this chemistry using their catalyst. The team also wants to develop various new types of reactions based on similar palladium enolate chemistry. 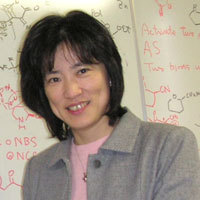 Mikiko Sodeoka received her BSc (1981), MSc (1983) and PhD (1989) degrees from Chiba University (Pharmaceutical Sciences). After working at Sagami Chemical Research Center (1983–1986), she joined the Faculty of Pharmaceutical Sciences, Hokkaido University as a research associate. After working as a post-doctoral fellow at Harvard University, she moved to the University of Tokyo (1992). She became a group leader at Sagami Chemical Research Center in 1996 and an associate professor of the University of Tokyo in 1999. In 2000, she moved to Tohoku University as a full professor. Since 2004 she has been the chief scientist and director of the Synthetic Organic Chemistry Laboratory at RIKEN.
Sodeoka has received several awards for her work in synthetic organic chemistry and chemical biology: the ‘Encouraging Award of Pharmaceutical Society of Japan’ (1993), the Takeda Chemical Industry Award in Synthetic Organic Chemistry (Japan, 1999), and the Chemical Society of Japan Award for Creative Work (2003).