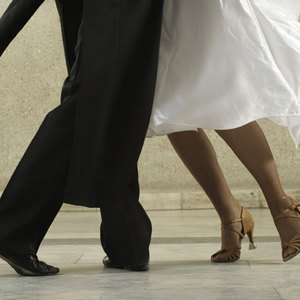 Figure 1: Controlling the movement of tiny vortices of magnetism in superconducting devices is similar to leading a dance partner through steps.

Swirling cyclones of magnetism at the sub-micron scale that can trouble superconducting devices have been tamed by scientists at RIKEN and NIMS. Their technique could help to minimize magnetic noise in sensitive superconducting detectors, and could even help to build a new generation of devices for supercomputers.

When cooled below a critical temperature, superconductors carry electricity with no resistance. But magnetic fields can disrupt this behavior by introducing magnetic flux quanta into the material. These quanta, also known as vortices, are the basic units of magnetism, just as the charge of an electron is the fundamental unit of electricity.

Scientists can control how these vortices move by introducing asymmetric tiny traps, or nano-holes, into the structure of the superconducting material. But since the pattern of these tiny traps is fixed once the device is made, it’s a relatively inflexible approach that restricts the way the vortices can be moved around.

Now, a team including Franco Nori and Sergey Savel’ev of RIKEN’s Frontier Research System in Wako, have shown how to precisely control the movement of magnetic flux quanta with an alternating electric current (AC) with two frequencies1.

The scientists tested the method on a high-temperature superconductor made from bismuth, strontium, calcium and copper (Bi2Sr2CaCu2O8 + δ). When the electrical current oscillates back and forth, the vortices obediently follow their rhythm.

Nori, also based at University of Michigan, US, says that the technique is like leading the magnetic flux quanta through a series of dance steps (Fig. 1). “The applied current acts as the leading dance partner and the vortices follow the steps imposed by the current,” he says.

More complicated rhythms are created by adding more overlapping alternating currents, allowing the scientists to steer their magnetic flux quanta through the material. “The two ‘control knobs’ we use are the ratio of the AC frequencies, and the relative phase difference between them,” explains Nori.

Savel’ev, also at Loughborough University, UK, adds: “By slowly varying either one of these two control knobs, vortices are pushed either in one direction or the opposite.”

Nori says that the technique could also be used to manipulate trapped ions, moving electrons around in certain types of crystal, or even separating different types of very tiny particles.

In the longer term, the scientists hope that the technique could contribute to the burgeoning field of ‘fluxtronics’—moving magnetic quanta around to manipulate computer data. This would potentially be much faster that conventional methods relying on shuttling electrons between transistors.