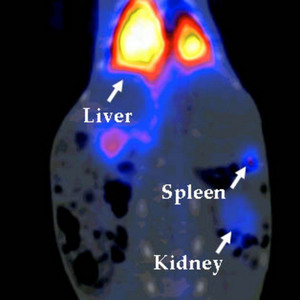 Figure 1: A picture of a new Gallium-containing imaging compound accumulating in several organs of a rabbit. Reproduced with permission from Ref. 1 © 2007 Wiley-VCH Verlag GmbH & Co. KGaA

A team of scientists from Japan has developed a new type of bio-label that can be used to detect and image unusually large molecules in experimental animals and non-human primates. The technique could lead to similar methods for being developed for use in humans.

Tracking diseases or monitoring disease progression in a patient is an important factor in deciding the best form of treatment. While biopsies—taking a small sample of tissue from a patient—remain standard hospital practice, more patient-friendly techniques are sought. Non-invasive techniques, such as imaging, can detect and monitor disease in the living body without the risks associated with surgery.

Now, Yasuyoshi Watanabe from the RIKEN Molecular Imaging Research Program, Kobe, as part of a large collaborative project with Koichi Fukase from Osaka University, has developed a new way of labeling biological molecules to make them suitable for imaging using the nuclear medicine technique of positron emission tomography (PET)1.

“Previously, PET imaging methods have mostly focused on probing only low molecular weight compounds,” explains Watanabe. He hopes to develop methods suitable for larger macro-molecules, such as peptides, nucleic acid sequences, glyco-conjugates and proteins that make up antibodies and drive his research.

When labeling macro-molecules it is important that biological activity is not lost; the antibody must continue to recognize and bind to an antigen—such as the surface molecules of specific cells including cancer cells, bacteria or viruses—and stimulate an immune response. As macro-molecules are often damaged or destroyed during the labeling process, the chemical protocol developed by Watanabe and colleagues uses only mild temperatures and aqueous solutions.

The researchers chose lysine, an amino acid residue, in the macromolecule as the group onto which the label would be attached. They attached the label, a small organic compound, specifically onto the lysine residue under the mild conditions. Next, they added Gallium, a radioisotope element, to form adducts with the label. The resulting derivatives, detectable using PET, were then tested for biological activity. Results obtained from rabbits showed that the label was easily detected and was found in the major organs of the rabbit as expected (Fig 1).

Watanabe and team are now investigating alternative strategies for labeling other macro-molecules, such as F-18, the radioisotope of fluorine, which is also widely used for PET imaging. Through continued research in this area the team hopes to develop better and more efficient ways to label molecules and extend the range of molecules that can be labeled.