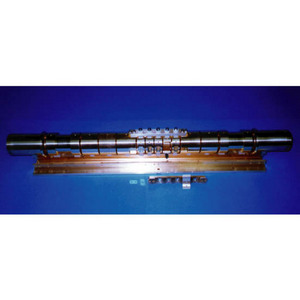 Figure 1: The multi-ring trap, which is used to trap and manipulate a large number of antiprotons.

RIKEN scientists have developed a method for trapping and manipulating antimatter that could be key to solving one of the universe’s biggest mysteries.

The technique will allow scientists to “test the most fundamental symmetry of nature,” says Yasunori Yamazaki of RIKEN’s Advanced Science Institute, Wako.

“It is believed that our Universe started as the Big Bang some 13 billion years ago,” he explains. From that burst of energy coalesced the fundamental particles of matter.

But according to a key part of quantum theory—known as charge, parity and time symmetry (CPT)—the Big Bang should have produced equal amounts of matter and antimatter, which annihilate whenever they meet. So why is our Universe mostly made of matter?

“One possibility … is that CPT symmetry is broken in some way,” says Yamazaki. “So we are going to test this CPT symmetry by comparing hydrogen and antihydrogen with high accuracy.”

One of the most important techniques to advance the CPT symmetry test with antihydrogen is to manipulate an antiproton cloud to efficiently synthesize cold antihydrogen atoms. Yamazaki is leading an international group called MUSASHI, a part of the ASACUSA (Atomic Spectroscopy And Collisions Using Slow Antiprotons) collaboration, which has now developed a way to compress a cloud of antiprotons, an essential precursor to making antihydrogen that can be trapped by a magnetic field1.

First, the team captured and decompressed a cloud of electrons in a trap that uses multi-cylindrical ring electrodes to confine the particles (Fig. 1). The strong magnetic field forces the electrons to emit so-called synchrotron radiation, which cools the electrons. Then about 50,000 energetic antiprotons were injected and mixed with the electrons, which resulted in a sympathetic cooling of the antiprotons by the electrons.

After the cooling process, the electrons were ejected from the trap, and a rotating electric field was applied to compress the antiproton cloud. This reduced the radius of the antiproton cloud to 0.25 mm, an order of magnitude smaller than the original cloud.

It’s surprising that antiproton compression can be done with a rotating electric field, says Yamazaki, even after the coolant electrons have been removed. He adds that the team now hopes to synthesize and trap a large enough number of antihydrogen atoms for detailed study, which should help to answer key questions about CPT.