Cloning: Back from the ice 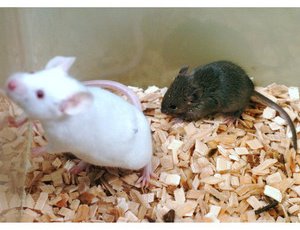 Figure 1: A cloned mouse (brown) with its foster mother (white). The clone was produced from brain cells frozen for 16 years. © 2008 Teruhiko Wakayama

Many scientists, not to mention science fiction writers, have pondered the notion of resurrecting extinct animals frozen in permafrost, such as the woolly mammoth. To date, this has been assumed impossible because the frozen fossils contain no live cells, and their DNA is irreparably damaged by ice crystals.

Now, cloning techniques may have progressed to the point where resurrection from permafrost could become reality. Teruhiko Wakayama at the RIKEN Center for Developmental Biology in Kobe and co-workers have produced healthy mice cloned from bodies that were frozen for 16 years at -20 °C without any preserving treatment—simulating the conditions in permafrost1.

These findings could greatly benefit researchers working to conserve endangered animals, because it implies that species could be cloned from dead animals simply kept in the equivalent of kitchen freezers. 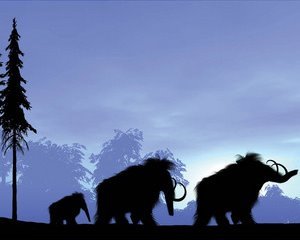 Figure 2: The possibility of resurrecting extinct species, such as the woolly mammoth, is now a step closer with the successful cloning of mice from cells that were frozen for 16 years.

Wakayama and his team are making a name for themselves by developing techniques that could help rescue life from unlikely sources. For example, as reported in Current Biology last year2, they managed to produce embryonic stem cells from eggs that had failed to become fertilized during IVF treatment. Such eggs are usually discarded in fertility clinics, so researchers could avoid some of the ethical issues that surround stem cell research. Now the researchers have expanded their techniques to create new life from completely frozen samples.

The secret of the team’s success is that they can very precisely control a common cloning technique called somatic cell nuclear transfer, or SCNT. During SCNT, the nucleus from a somatic (non-reproductive) cell of the donor animal is inserted into a living egg that has had its own nucleus removed. The procedure has proven successful not only in laboratory mice but also in farm animals, starting with the famous Dolly the sheep.

Many scientists have assumed that SCNT can only be successful with high-quality donor cells taken from living animals. This is because the cloning typically involves complete fusion of the donor cell and the egg, which requires the cell membranes to be intact. Membranes are nearly always damaged by freezing, but Wakayama and co-workers remained hopeful that at least some genetic material would survive a long time in the freezer.

“The general cloning method involving cell fusion is only available for live cells,” explains Wakayama. “We invented a new injection method in which the nuclei from dead cells are directly injected into the egg.”

The researchers first performed SCNT on cells from mice that were frozen for a week, and found that brain cells were the best donor nuclei. Surprisingly, the frozen brain cell nuclei actually yielded more healthy clones than living brain cells. This may be because the brain has lots of sugars that can protect cells from freezing damage. Furthermore, the freezing process might partly unravel the tight bundle of DNA in the nucleus, allowing the host egg to access the donor’s genetic code more easily.

Inspired by this success, the team tried using SCNT to produce cloned mice from bodies frozen for 16 years. In this case, none of the cloned eggs survived to produce offspring. However, the embryo survived long enough that the researchers were able to establish embryonic stem cells. The stem cell nuclei were injected again into new eggs and transferred into surrogate mothers, who gave birth to four healthy cloned mice (Fig. 1).

“This serial cloning was my original idea,” says Wakayama. “We demonstrated that it can be useful when direct cloning has failed.” 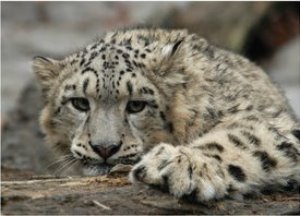 Figure 3: The RIKEN team’s successful cloning of mice from dead frozen cells could greatly assist the preservation of endangered animals such as the snow leopard, Panthera unica.

One previous study has reported producing clones from frozen cells, but the samples were frozen as a single cell suspension at a much lower temperature of -80 °C, in chemicals that may have had an artificial preservation effect. The work by Wakayama and co-workers is the first successful cloning from cells in bodies stored at conditions very similar to the natural permafrost environment.

Wakayama is hopeful that scientists could eventually produce clones from ancient frozen bodies of extinct species such as mammoths (Fig. 2), but there are other challenges to overcome.

“Cells frozen in permafrost for thousands of years are not only frozen but also dried out, so there is probably more damage than in our 16-year-frozen cells. However, we already published results this year in which we succeeded in using freeze-dried cells for nuclear transfer,” he explains3.

“Ideally we would like to find mammoth brain cells, but our paper demonstrated that even blood cells can be used as nuclear donors. Blood cells are found in any tissue including skin and bones, the tissues most likely to be found in permafrost.”

As well as raising the prospect of resurrecting extinct species, Wakayama’s findings are good news for the conservation of present-day endangered species (Fig. 3). Many researchers work on animals in the field without access to expensive cryopreservation facilities, so they will be glad to hear that animals could be regenerated from damaged samples.

What’s more, the research could make life easier and cheaper for scientists wishing to maintain genetic diversity in biological gene banks, such as RIKEN’s own BioResource Center in Tsukuba.

“If a mutant mouse was infertile and died suddenly, there used to be no way to produce offspring, even if it had an important phenotype,” explains Wakayama. “Now we have shown that dead mice can be cloned and used for further research, even when frozen. Experiments with mammoths are still a long way off, but this ‘resurrection’ of mice is immediately useful in the lab.” 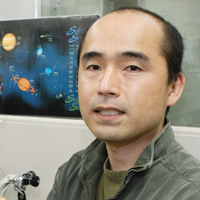 Teruhiko Wakayama was born in Kanagawa in 1967. He received his BSc in animal science in 1990 and MSc in reproduction in 1992, both from Ibaraki University. In 1996, he earned his PhD in reproductive biology from the University of Tokyo. From 1996 to 1998, Wakayama worked as a postdoctoral fellow at the University of Hawaii’s Medical School, before being appointed as an assistant professor at that university in 1998. In 1999, he became a research assistant professor at the Rockefeller University, New York, and then moved to California in 2001 to work as a researcher at Advanced Cell Technology. In 2001, Wakayama returned to Japan and was appointed as the head of the Laboratory for Genomic Reprogramming at the RIKEN Center for Developmental Biology. He also teaches at Shiga Medical University as an adjunct professor and at Kyoto University and Kwansei Gakuin University as an adjunct assistant professor.