Mapping the power of networking 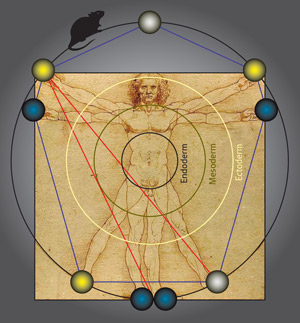 Figure 1: An atlas of TF–TF interaction networks in humans and mice may offer powerful new insights into the principles of gene regulation and reveal new strategies for treating disease. © 2010 Timothy Ravasi

Transcription factor (TF) proteins act as switches that turn genes on and off, and the timing and localization of their activity ensures that genes are activated only when and where they are needed—an essential consideration in processes like embryonic development.

However, the TF–gene relationship is seldom simple. “In many cases, TFs work as complexes in which two or more proteins physically interact,” explains Harukazu Suzuki, project director at the RIKEN Omics Science Center, Yokohama, and scientific organizer of the international FANTOM4 Consortium. “Depending on the combination, expression of different sets of genes is regulated; thus, these protein–protein interactions are essential information for analysis of transcriptional network regulation.”

Both research organizations have made it their business to untangle these networks, and new work from Suzuki and collaborators provides a useful foundation for mapping functional TF associations1. The team generated protein-producing clones for a majority of the known transcription factors from humans and mice and used these to perform ‘two-hybrid’ experiments that reveal physical interactions between pairs of proteins in both species (Fig. 1). An exhaustive screen of both pools of clones enabled the assembly of an ‘atlas’ of 762 and 877 likely TF–TF interactions in human and mouse, respectively, with subsequent experiments suggesting that these data potentially represent approximately one-quarter of all such interactions.

They then determined where each TF is produced in an effort to classify individual factors as tissue-localized ‘specifiers’ or broadly expressed ‘facilitators’. Further analysis enabled them to identify clusters of interactions associated with different subsets of tissues, revealing a fraction of TF–TF associations that help coordinate the development of embryonic tissue into the diverse range of cell types seen in mature organisms. “We identified a small protein–protein interaction sub-network consisting of only 15 TFs, which plays a crucial role in the regulation of cell fate,” says Suzuki. Strikingly, this network contained mostly promiscuously expressed ‘facilitators’, suggesting that the localization of multi-factor interactions is as important as the restricted expression of individual factors in governing tissue-specific gene expression.

Suzuki and colleagues hope to expand this ‘first draft’ atlas soon, and to explore the clinical implications of disruptions within these interaction networks. “We would like to expand the information to include diseased tissues and cells, and especially cancer,” he says. “[By comparing] these TF interaction networks to normal ones, we may be able to identify TFs involved in these diseases … and the [associated] interactions may offer novel targets for therapy.”