In or out of phase? 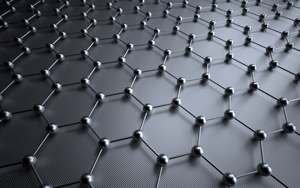 Figure 1: The quantum spin liquid state, predicted to be achievable in two-dimensional hexagonal lattice systems, may not occur in such structures after all. © iStockphoto/Thinkstock

Virtually every material undergoes atomic-level ordering when cooled to temperatures approaching absolute zero. Liquid water, for example, is frozen into atomically ordered crystalline ice. However, condensed matter physicists have theorized that it may be possible to achieve a state called a quantum spin liquid, in which quantum-mechanical effects or the structure of the atomic lattice hinder the development of atomic order while retaining strong electronic interactions. Seiji Yunoki and colleagues from the RIKEN Center for Emergent Matter Science and the RIKEN Advanced Institute for Computational Science have now shown through detailed calculations that achieving the quantum spin liquid state may be more difficult than previously thought1.

Recent theoretical studies have indicated that a quantum spin liquid phase could exist in two-dimensional materials where the constituent atoms are arranged in a hexagonal network. A prominent example of such a material is graphene, a single layer of carbon atoms with a honeycomb lattice structure.

Yunoki and his team modeled the honeycomb lattice structure by performing a series of quantum Monte Carlo simulations using Japan’s new ‘K computer’—one of the world’s top three supercomputers. Monte Carlo-based simulations allow immense and complex physical systems to be calculated at a fraction of the usual computational time by sampling important parts of the system and using statistics to generate predictions. Yet even with such an efficient simulation code, it was only the massive computational power of the K computer that made these latest calculations possible.

“The accuracy of the numerical results is largely determined by the system size,” explains Yunoki. “The effects we are looking for are small and so we needed large-scale simulations.” Yunoki’s team was able to model a honeycomb lattice that included as many as 2,592 atomic sites—four times more than in previous studies.

The simulations showed that the spin state in the honeycomb lattice moves directly from a semi-metal phase to an antiferromagnetic-insulator phase, where adjacent spins point in opposite directions. Importantly, whereas the quantum spin liquid state was suggested in previous studies on smaller systems, the researchers found no evidence of an intermediate spin liquid phase in their simulations.

“We believe that a spin liquid phase is an important quantum state of matter, which could have a huge impact on condensed matter physics if we can find a true spin liquid in a realistic quantum system,” says Yunoki. “Our next step is to find a spin liquid, and we strongly believe that the power of the K computer will help significantly.”