Technology has been a major driver of progress in drug discovery. However, further improvements are needed to bring about new advances in the medical and pharmaceutical sciences. Tools and technologies derived from synthetic biology, genomics, functional imaging and other disciplines promise a more dynamic and integrated approach to biomedical research and will make a new era of drug discovery possible. 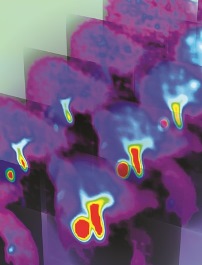 Drug discovery in the life sciences has historically taken two broad approaches. In one approach, researchers consider the human body as a black box in which they evaluate potential therapies against observable symptoms, with little regard for the mechanism of drug activity or specific biological effects. Alternatively, researchers reduce the body to a series of genes and signal transduction pathways and then seek drugs that interact with these targets to selectively treat the deficit responsible for a disease with minimal adverse effects.

Yet both approaches are limited: the physiology-based approach is too top-down, and the target-based approach too bottom-up. Neither captures the complexity of biological systems and disease mechanisms while simultaneously taking into account the physiological consequences of modulating particular targets. Furthermore, these approaches are limited by the tendency of academic research institutes in the life sciences to focus on only one disease discipline, such as cancer, or one sub-field of biological investigation, for example genomics.

Drug-related research and development must therefore reach across traditional disciplines and levels of study, from basic research at the level of genes and proteins all the way up to the broadest conceptualization of disease progression across multiple systems and entire organisms.

Innovation at the heart of drug discovery

Technology and innovation have always been central to drug discovery. Hence, advancing the current suite of tools available to biomedical researchers will be essential to establishing the linkages necessary to speed up the discovery process.

In the early days, natural products derived from plants and microorganisms served as the predominant source of bioactive compounds and drug candidates. Advances in chemistry made it possible to synthesize large families of compounds with a high degree of structural diversity that could be screened to identify molecules with potential biological activity. With the dawn of the biotechnology industry and human genome sequencing, chemistry has given way, in part, to biology. By using molecular biology, genomics and computation, researchers can now design drugs with desired properties and create medicines by manipulating basic biological building blocks, such as proteins and nucleic acids.

Still, productivity in the drug industry has languished in recent years as the classic approaches have begun to reach the limits of their effectiveness. New and more powerful technologies are critical to tackling the persisting fundamental questions in the life sciences.

RIKEN is committed to the realization of innovation for science and improved human health, leading its efforts with an integrated, non-traditional approach. The recently established RIKEN Center for Life Science Technologies brings together systems and structural biologists, omics scientists, molecular imaging specialists and engineers to collaborate in the pursuit of technological foundations for all areas of medical and pharmaceutical science. 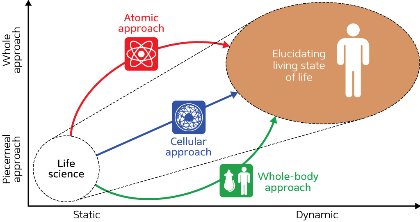 Figure 1: A ‘live science’ approach. New technologies that reveal whole-system dynamics will enable the next generation of drug discovery. © 2014 RIKEN

To date, most drugs have been designed to inhibit or activate particular molecules with a very narrow specificity. These conventionally designed drugs usually follow the ‘one drug–one target–one disease’ approach, which rarely captures the intricacies of true biology. Complex diseases have multiple ‘causes’ and drug discovery for such diseases requires a multi-target line of attack.

A new therapeutic paradigm is needed to effectively combat complex diseases—one that is based on ‘live science’. Live science is a methodology that develops and harnesses technology to go beyond static snapshots to clarify the dynamic processes that must be understood in order to achieve higher sensitivity and specificity in drug discovery (Fig. 1).

Among other advancements, live science methodologies could help to realize medical ‘regulatory molecules’. These molecules are drugs that rather than inhibiting or activating a single target would modulate an entire pathway implicated in a disease to yield the desired therapeutic benefits. Constructed with insights from structural and synthetic biology, regulatory molecules would be made using the same building blocks of conventional drugs. Ultimately, they would be cheap to manufacture, easy to deliver and have wide-reaching effects across several targets of interest.

The development of new technologies will be necessary to make efficient and economical regulatory molecules a reality. For instance, current projects at RIKEN and elsewhere are combining engineering principles with molecular biology to build networks of molecules that can be tweaked and perturbed to better understand whole systems.

Genomics also holds great promise for drug discovery in the near future. However, the insights gleaned from genome sequencing projects must also be connected to gene function. At RIKEN, teams are developing methods to decode the genomes of single cells to reveal biological heterogeneity at greater resolution in cancer cells, reprogrammed stem cells, neurons and other types of tissue. 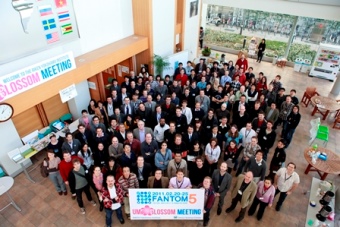 RNA molecules in the cell that do not code for proteins—known as non-coding RNA—are another area to be explored. Also referred to as genomic ‘dark matter’ and only partially understood, non-coding RNA performs a regulatory role in many biological events and could explain the origin of complex disease traits such as obesity and heart disease. Efforts by large consortia, such as FANTOM (Functional Annotation of the Mammalian Genome) spearheaded by RIKEN, will continue to be instrumental in illuminating the non-coding RNA world and the roles it may play in complex diseases.

Improved drug discovery will also require advanced imaging modalities to better observe emergent symptoms and drug metabolism in real time at unprecedented resolution. Such modalities can be achieved both through novel innovations and by upgrading and combining existing approaches, such as positron emission tomography (PET), magnetic resonance imaging (MRI), optical imaging and electron microscopy. Work at RIKEN has created new labeling methods to visualize drug candidate molecules and track their efficacy, pharmacokinetics and pharmacodynamics in animal models and human study subjects including, for example, ways to follow drug absorption in the intestine and trace its subsequent distribution in tissue and ultimate excretion through the liver and related organs1.

The future of drug discovery

Older models of research and development must be changed and refined, not only to enhance the process of drug discovery but also to reduce costs. Bringing a new drug to market from scratch typically takes 10 to 15 years and costs more than 100 billion yen. A fusion of techniques and the technology to support these new methods will drive the drug discovery field forward, thus reducing direct costs and increasing the overall efficiency of therapies.

Integrating disparate disciplines and emergent technologies will be challenging but can be done. For decades, the biomedical sciences have been held back by technical limitations, but now the time is ripe to develop live science and move beyond existing partial and static approaches toward whole-system and dynamic ones. Live science will enable researchers to answer some of the most interesting questions in the biomedical sciences today.