How brains remember and correct 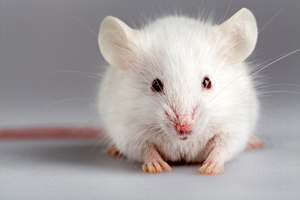 Figure 1: In mice navigating a simple maze, a synchronous oscillation of high-frequency gamma waves occurs in two specific parts of the brain just before a correct navigation choice is made. © tiripero/iStock/Thinkstock

Information processing in the brain is complex and involves both the processing of sensory inputs and the conversion of those inputs into behavior. The passing of electrical oscillations between networks of neurons in different parts of the brain is thought to be a critical component of cognition as well as conscious perception and awareness, but so far there has been little direct evidence linking specific neuronal oscillations to discrete thinking and behavior events.

Jun Yamamoto and colleagues from the RIKEN–MIT Center for Neural Circuit Genetics have now detected a brief burst of nerve activity oscillating in two specific parts of the mouse brain just before a correct choice is made, either when planning an action or when correcting a mistake1.

The researchers searched for evidence of specific neuronal oscillations by studying mice navigating a T-shaped maze with a reward at the end of one arm of the T. Just before trained mice made the correct choice of direction, Yamamoto and his colleagues observed a brief burst of synchronized high-frequency gamma waves oscillating in specific parts of the entorhinal cortex and hippocampus.

Yamamoto was fascinated to notice that the burst of gamma waves also occurred just before mice that had originally turned in the wrong direction realized their mistake and turned round. He called this the “oops” moment, and the results indicate that similar neuronal activity occurs when making a correct choice either immediately or on realization of an error. No such gamma-wave activity was detected when mice made the wrong choice without correcting it.

To further test the link between the gamma synchrony and the memory recall process, the researchers genetically engineered mice with light-activated ion channels that could block the gamma waves. When these channels were activated, the gamma waves ceased and the mice could no longer accurately choose the right direction or correct their wrong choices.

“Our work is telling us about how the brain recalls remembered information at critical moments,” says Yamamoto. “It suggests that synchronized gamma oscillations actually contribute to the animal’s correct choice rather than being a consequence of their choice.” The finding sheds light on the fundamental mechanism underlying the successful retrieval of working memory. Yamamoto now intends to see if these initial findings apply to other brain regions.