A new flavor of superconductor 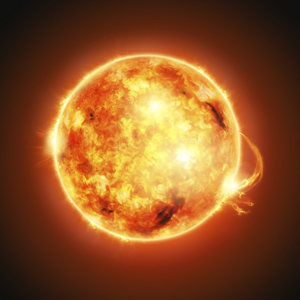 Figure 1: Fundamental particles such as quarks could behave very differently under the extreme conditions found at the center of stars. © James Thew/iStock/Thinkstock

The protons and neutrons that make up the nucleus of an atom are themselves made up of fundamental particles known as quarks. Under everyday conditions, quarks exist only in pairs or triplets called hadrons. In high-energy environments such as those at the center of neutron stars or in particle accelerators like the Large Hadron Collider, however, quarks can exist as semifree particles. Arata Yamamoto from the RIKEN Nishina Center for Accelerator-Based Science has now used supercomputer simulations to show that quarks can behave like electrons in a superconductor1.

The existence of quarks in a semifree state under extreme conditions raises the fascinating question of whether quarks can behave like other free particles such as electrons. Electrons have a property called spin, which can be oriented either up or down. In some materials and at low temperatures, electrons with opposite spin and opposite momentum form interacting pairs called Cooper pairs, which are responsible for superconductivity. Quarks, on the other hand, are characterized by their ‘flavor’, which can take one of six values: up, down, charm, strange, top and bottom. Protons, for example, consist of two up quarks and a down quark.

Yamamoto investigated whether the pairing of an up and a down quark, which together form a hadron called a pion, could exhibit similar behavior to a Cooper pair. “I used computer simulations to investigate superconductivity in hadron physics,” says Yamamoto.

Yamamoto started by investigating a system with a balanced number of up and down quarks, as quantified by the chemical potential, or the energy of the most excited particle in a system. The results showed that when the chemical potentials of the up and down quarks are equal in magnitude, the pions all exist in the same energy state. This ‘condensate’ state is a signature of a superconductor. When the chemical potentials of the two quarks were brought out of balance, however, the condensate state disappeared. The results demonstrate that, similar to electrons, quarks can form Cooper-like pairs under certain conditions.

“This is the first implementation of such a model with a population imbalance between flavors,” explains Yamamoto. “The next step is to use this same approach to see if inhomogeneity and superconductivity can exist simultaneously.”