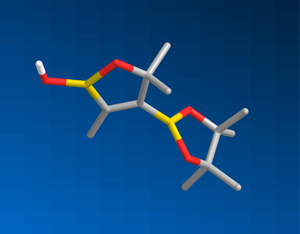 The development of new methods for preparing organic compounds is a fundamental aspect of research on new drugs and advanced materials. In many cases, the three-dimensional spatial arrangement of atoms in the synthesized molecules has a pronounced effect on functionality and reactivity, so methods that can form new types of bonds with structural selectivity often prove to be groundbreaking. Masanobu Uchiyama and Ryo Takita from the RIKEN Center for Sustainable Resource Science and researchers from the University of Tokyo have now devised a method for selectively adding boron atoms to opposite sides of an alkyne molecule1.

When additional atomic groups are added to an organic compound such as an alkyne, which has two carbon–carbon triple bond sites, the added groups can attach to the triple bond sites such that they are oriented to one side of the molecule to form what is known as a cis configuration, or oriented in opposite directions to afford a trans structure. Uchiyama’s team investigated whether diboron—two boron atoms—could be selectively added to an alkyne to form a trans arrangement (Fig. 1).

“Methods to form two carbon–boron bonds on the same side of an alkyne, a procedure called cis-diborylation, have been described previously,” explains Uchiyama, “but trans-diborylation has not been possible. Tamoxifen, a breast cancer treatment, is an example of a compound whose synthesis might be improved by such a new method.”

Uchiyama and his team started by performing computational analyses of their proposed reaction. The calculations showed that although the reaction should be possible, a large energy barrier would need to be overcome to initiate the process. Through extensive experimentation, they instead found a way to sidestep the energy barrier by using an additional reagent to help ‘tie’ the diboron group to the alkyne.

The formation of carbon–boron bonds is particularly attractive because reactions using compounds bearing these bonds have been widely studied. “We have been trying to find reaction conditions that allow us to couple two different groups to the diboronated product of this reaction,” says Uchiyama, “so that we can prepare compounds like Tamoxifen in a structurally selective fashion.”

Ultimately, Uchiyama’s team plans to develop similar reactions using alkenes, which contain two carbon–carbon double bonds, as well as ‘downstream’ reactions that use the carbon–boron bonds selectively. “With this method in hand, we hope to explore the properties of functional molecules that were previously difficult to access,” says Uchiyama.