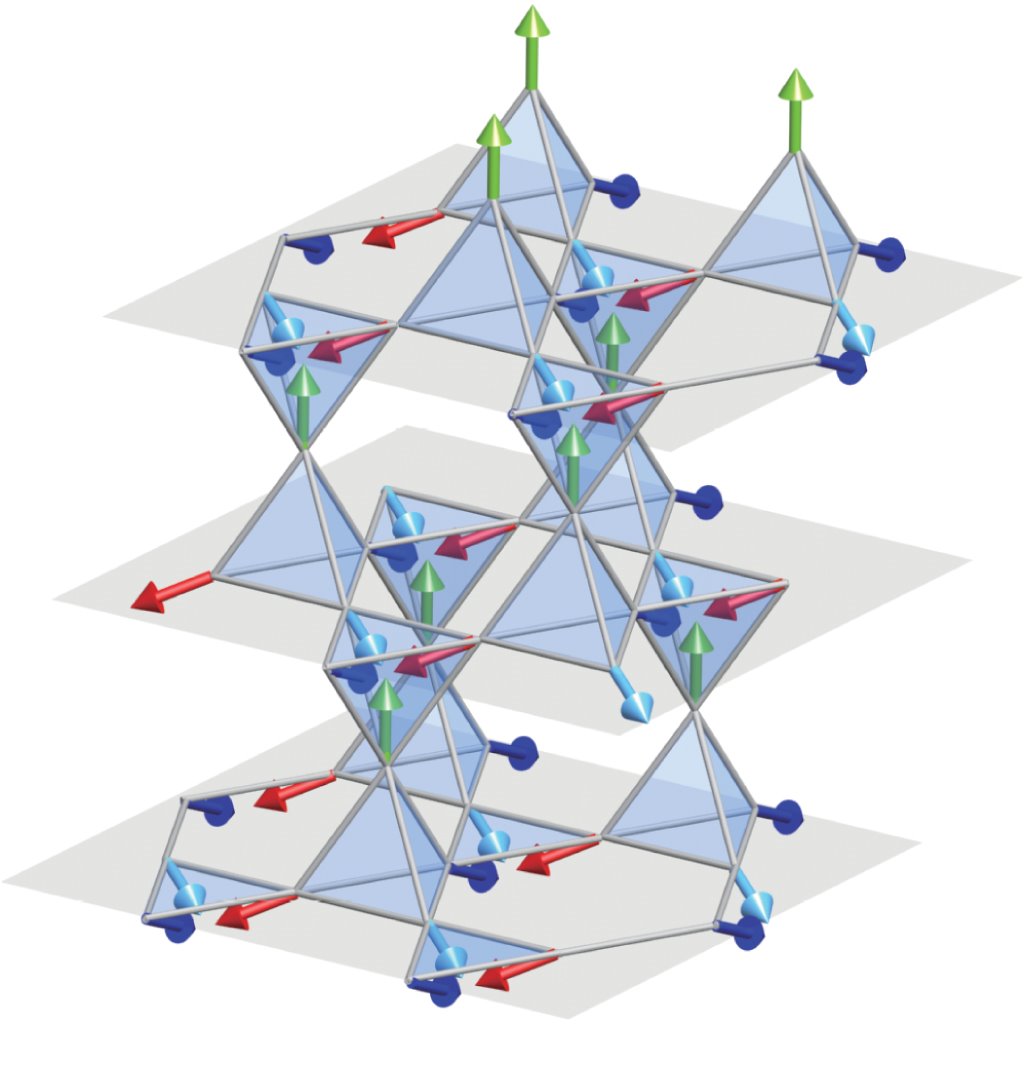 Figure 1: Schematic crystal structure of an iridate thin film. An iridium atom sits at each corner of the tetrahedral units. In bulk crystals, the magnetic properties of each atom (indicated by arrows) cancel each other out.Reproduced from Ref. 1 © 2014 American Physical Society

Naoto Nagaosa and Bohm-Jung Yang from the RIKEN Center for Emergent Matter Science have predicted that thin films of certain iridate compounds could harbor unusual ‘topological’ electronic properties that are hidden in regular three-dimensional crystals1. “Topological phenomena in artificial thin films are much richer than those found in natural crystals. Even more important, however, is the fact that it is possible to manipulate those topological properties by tuning various parameters such as film thickness,” comments Nagaosa.

Topology, the study of how shape influences other properties, can be the source of unusual phenomena. For example, the geometry of a sphere is very different to that of a flat sheet of paper. In physics, topological effects are sometimes known to give rise to exotic electronic effects in materials.

Crystalline materials can be characterized by their symmetry, which arises from the regular arrangement of the atoms that make up the crystal lattice. The crystal structure of oxide compounds such as the iridium-containing iridates can have several different symmetries, with each symmetry imparting different material properties. In one such symmetry, iridium atoms have an antiferromagnetic arrangement of magnetic fields (Fig. 1), which is of interest because iridates display strong coupling between their magnetic and electronic properties.

In thin films just a few atoms thick, a further complexity arises because surface effects further restrict the symmetry of these materials. The researchers modeled the transition from three- to two-dimensional geometries in iridates and the influence this transition had on the electronic states in the crystal. They predicted that the transition would produce a very large anomalous Hall effect—a change in the electrical conductance in one direction induced by an electric field applied in another direction. For practical applications, such effects could be useful for generating ‘dissipationless’ currents or controlling electrical conductance using magnetic domain walls.

The unusual aspect of this observation, however, is that this anomalous Hall effect is suppressed in three-dimensional crystals due to different symmetry constraints. The researchers also found that there are actually two possible antiferromagnetic arrangements in the thin films, which could lead to anomalous Hall effects with opposite signs. Controlling the arrangement of these magnetic phases across the oxide film could therefore be a useful strategy for manipulating electrical currents.

Nagaosa is quick to emphasize that these findings do not just apply to iridates. “The concept of the recovery of hidden topological states in thin films is generic and should be applicable to many other materials.”