The power of symmetry 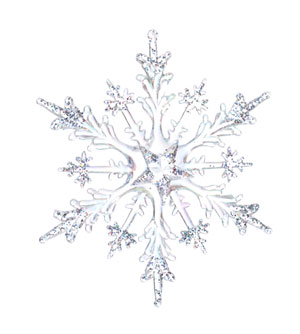 Figure 1: Snowflakes are an example of the multiple geometric symmetries that arise in nature. © aguirre_mar/ iStock/ Thinkstock

Symmetry is one of the most fundamental concepts in nature, and it can give rise to profound and wide-reaching physical effects. A one-dimensional wire, for example, has a different symmetry and very different mechanical properties to those of a two-dimensional sheet of the same material. Tomoya Hayata and Yoshimasa Hidaka from the RIKEN Nishina Center for Accelerator-Based Science have now studied the consequences of breaking symmetry for various systems found in nature, providing a powerful, general framework to describe the link between properties and symmetries1.

Crystalline materials consist of a periodic arrangement of atoms with a certain crystal structure, and as such can have a number of symmetries within each crystallographic unit. Deforming a crystal by bending elastically displaces atoms from their original crystallographic positions, breaking the symmetry through translational movement. Bending requires the application of a force, which scientists usually describe in terms of the strengths of the atomic bonds that need to be overcome for the atoms to move.

To stretch a crystal, on the other hand, requires application of a force that is determined by the length to which the crystal is stretched. Mathematically, the relationship between force and stretch is determined by a parameter of elasticity. Atomically, stretching causes atoms to undergo elastic vibrations known as Nambu–Goldstone modes. Such properties are very general, applying not only to crystals, but also to phenomena in magnetism and particle physics. Despite this broad relevance, however, “The relationships between broken symmetries, elastic variables, and Nambu–Goldstone modes have not been well understood,” notes Hidaka.

The researchers tackled this problem by studying the relationship between broken symmetries and the parameters of elasticity describing such processes. They also established counting rules for the broken symmetries and the number of elastic variables needed to describe the properties of the system. The mathematical framework developed by Hayata and Hidaka is very general; they showed that it is applicable to a broad variety of systems, including molecules and crystals as well as subatomic particles and forces.

The study highlights the power of symmetry in nature and how symmetry can provide a unifying language across many natural systems. Future research by Hayata and Hidaka will focus specifically on Nambu–Goldstone modes, which in addition to symmetry and elastic variables, determine many system properties. “The next step is to clarify the relation between the elastic variables and Nambu–Goldstone modes,” says Hidaka.