Narrowing the gap between theory and experiment 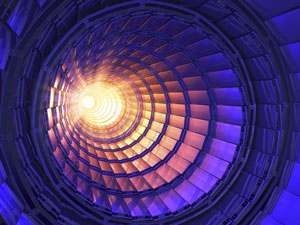 Figure 1: The latest experimental measurements of the properties of muons using particle accelerators yield results that differ from those predicted by the standard model of physics. © -Dant-/iStock/Thinkstock

The ‘standard model’ of physics is currently our best description of elementary particles and their interactions. Yet experimental results sometimes differ from the model’s predictions, tantalizingly suggesting that more remains to be discovered. A theoretical framework developed by an international research team that includes scientists from RIKEN has now closed the gap between predicted and experimentally measured values of the properties of the elementary particle known as the muon1.

The muon carries the same electric charge as an electron but is 200 times more massive. Another important property is its magnetic dipole moment, which makes the particle behave like a tiny magnet. In classical physics, the strength of the muon magnet is exactly 2 Bohr magnetons—the fundamental unit of magnetism. According to quantum physics, however, the muon emits and absorbs many different elementary particles. “Each particle species adds a small additional contribution to the muon’s magnetic moment,” says Taku Izubuchi, part of the research team and a member of the RIKEN Brookhaven National Laboratory Research Center in the United States.

Several research groups have measured the magnetic strength of a muon using particle accelerators. The most recent of these experimental measurements have found that the magnetic strength is significantly higher than that predicted by theory. Exploring this anomalous muon magnetic moment could help scientists understand the limitations of the standard model. Improved experimental facilities are currently being built in the United States and are planned for Japan, but more accurate and reliable theoretical predictions are also required.

Izubuchi and his co-workers developed a theoretical approach that estimates the anomalous magnetic moment more accurately by considering the contribution of elementary particles called quarks.

The researchers show that their approach can give realistic solutions with systematically reduced errors using only modest computing resources. The initial results raise the hope that a more complete calculation may be possible in the future.

“Our calculation is just a beginning,” says Izubuchi. “Yet our method of using lattice quantum chromodynamics and quantum electrodynamics is a promising way to provide the theoretical value with enough accuracy to confront the near-future experiment with greater accuracy.”