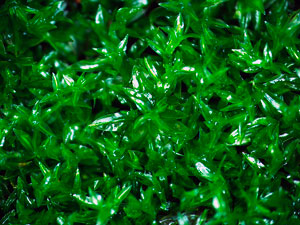 The genome-editing revolution has come to mosses. RIKEN researchers have used a gene-editing system to modify the DNA of two moss species, demonstrating the technology’s potential to uncover the molecular mechanisms underlying the stress tolerance of these relatively simple plants1. Such information could ultimately help plant biologists and agricultural companies engineer better food and energy crops.

The researchers used the much-lauded CRISPR-Cas9 gene-editing system that is taking the world of genetics by storm. It originated as a form of immune defense for bacteria to protect themselves from invading viruses. But scientists co-opted the platform to precisely manipulate the genomes of myriads of organisms, including plants.

Since 2013, the technology has been used to modify the DNA of rice, corn, tobacco, wheat, potato, poplar and many other plants of agricultural and environmental importance. However, applications in simpler bryophytes—which include mosses and liverworts—have been limited to model laboratory species.

A team led by Toshihisa Nomura and Hitoshi Sakakibara from the RIKEN Center for Sustainable Resource Science set out to introduce CRISPR-Cas9 technology to the tongue-leaf copper-moss Scopelophila cataractae. This species thrives in copper-polluted environments such as those found under the copper roofs of Buddhist temples or in and around copper mines.

The researchers constructed two small circular pieces of DNA. One piece encodes the Cas9 enzyme that cuts up the genome, while the other expresses short strands of RNA that guide Cas9 to target a gene involved in the division of chloroplasts—photosynthesizing organelles that convert sunlight into sugars for the plant. After introducing these expression vectors to copper moss, the scientists observed enlarged chloroplasts, indicating that the DNA had been modified as intended. They confirmed this by direct genetic analysis.

As other researchers have recently done, the team also established a CRISPR-Cas9 system for gene editing in the model species Physcomitrella patens, a moss found on lake and river banks. But, as Nomura points out, “our report is the first example showing that this technique can be applied to various mosses species other than model plants.” What is more, the scientists showed that they could use the platform to create large-deletion mutant mosses.

Nomura hopes to use the technology to answer many basic questions about S. cataractae: “What is the molecular mechanism of copper tolerance and accumulation? How does this species settle only in copper-rich environments in nature?” This powerful research tool should soon yield answers to these and other questions and ultimately enable geneticists to produce better plants.