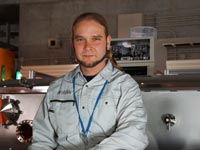 I experimentally study the physics of atomic nuclei. I mainly focus on very precisely measuring the masses of new short-lived isotopes and developing fresh ways to do this through high-precision mass spectrometry. Short-lived isotopes exist briefly after supernovae or other types of stellar explosions. They provide vital clues into how stellar explosions generated the elements found on Earth and other planets, among other things.

What is your current research focus?

The SLOW Radioactive Isotope (SLOWRI) team is developing a new facility at RIKEN. It will allow us to perform cutting-edge experiments on short-lived nuclei at low particle energies using RIKEN’s Superconducting Ring Cyclotron in the Radioactive Isotope Beam Factory. Essentially, we’re looking for ways to efficiently slow down charged ions so we can do high-precision experiments on them.

Why is your current research important?

There are still many surprises coming from short-lived nuclei, and understanding them adds to theoretical disciplines like nuclear astrophysics, particle physics, and the physics of fundamental interactions and natural constants. But pharmacy, cancer therapy and tumor tracing, and precision age verification, all benefit as well from ongoing developments.

While studying in Germany, I became interested in the physics of ion traps and started working with a group of experts in this field. I was then offered a master thesis placement at the ISOLDE Radioactive Ion Beam facility (located at the accelerator complex at CERN in Geneva) studying short-lived isotopes using precision mass measurements. What young physicist on the planet would decline such an offer? I spent the next six years there, during which I finished my PhD.

When did you join RIKEN and what did you first work on?

I joined RIKEN in May last year. The start was actually very tough, as the group was in the middle of a long series of experiments when I joined. We did many long shifts, but it was worth it because our results were fantastic, including the first direct mass measurements of synthetic mendelevium isotopes. 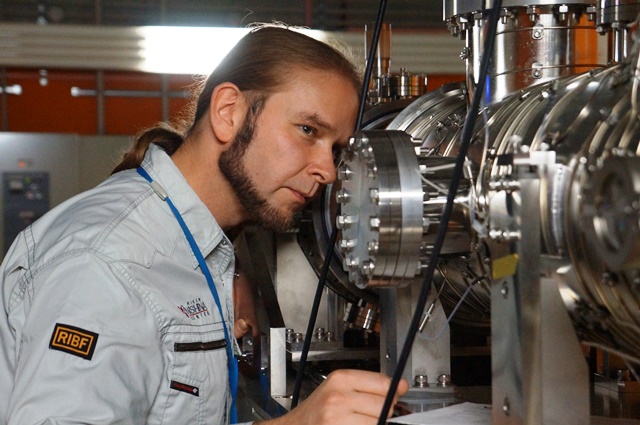 What has been your most interesting discovery in the last few years?

I’m excited by the fact that our experimental precision at RIKEN is fine enough to see if an atomic nucleus is in an excited quantum state or not. It was also amazing to be part of the first use of multi-reflection time-of-flight mass spectrometers for short-lived nuclei, which helps us to study isotopes with previously unreached lifetimes.

What are some technologies you use for your research?

RIKEN is one of the best equipped science institutes in the world. Most important for my work are fast oscilloscopes and frequency generators as well as access to precision machining and fast-ion detectors.

One of the best things about RIKEN is life on campus. The meals are very reasonably priced and provide important recovery time with colleagues, enabling fruitful discussions about work and on new ideas.