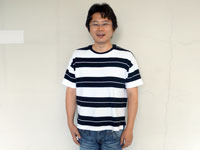 As a principal investigator, I manage the Astrophysical Big Bang Lab. I also pursue my scientific goals as well as support lab members in realizing their research dreams.

Please briefly describe your current research. Why is it important?

Gamma-ray bursts are the most energetic explosions in the Universe and are sometimes the result of massive star explosions. We recently discovered evidence of why gamma-ray bursts occur by mathemati­cally simulating the propagation of relativistic jets emitted from progenitor stars, calculating the radiation transfer of the jets, and estimating the resulting brightness and spectrum of the gamma-rays. 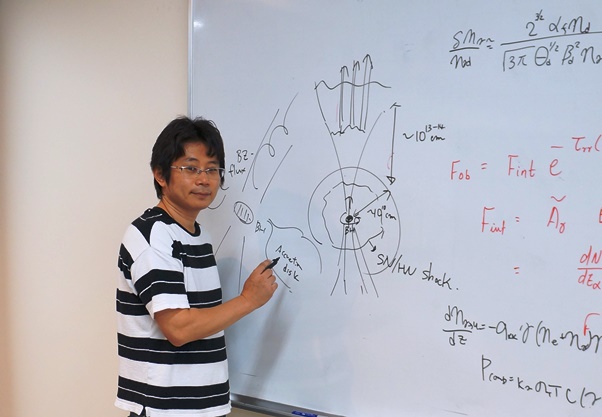 I met Professor Emiko Hiyama at a meeting supported by the Ministry of Education, Culture, Sports, Science and Technology, and she invited me to give a talk at her laboratory at RIKEN. After that, I went for dinner with Professors Tetsuo Hatsuda and Hiyama, and I thought it would be really interesting to work with them. A few months later, I applied for RIKEN’s Associate Chief Scientist Program.

Among other things, the Associate Chief Scientist Program guaranteed a 100-million-yen start-up budget, with which I could hire top-level researchers.

What are some technologies you use to conduct your research?

The K computer and Hokusai supercomputers are very important to crunch the data needed for our research.

I think that the barrier between laboratories is lower at RIKEN than at Japanese universities. For example, my lab has a close relationship with the Interdisciplinary Theoretical and Mathematical Sciences Program—I’m a deputy director and all my lab members are associates—which facilitates interdisciplinary communication and collaboration with other labs. 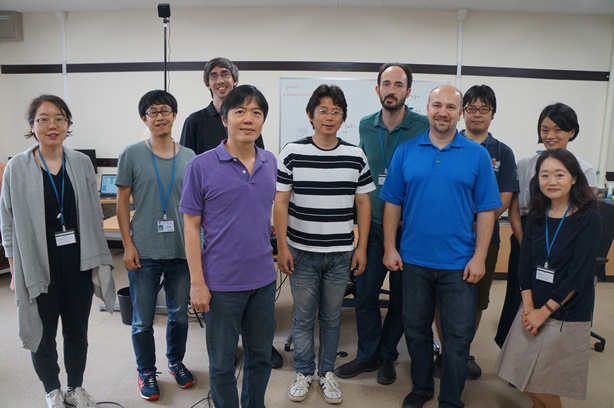 I feel that the president is closer to us at RIKEN than at Japanese universities. When I was an associate chief scientist, I felt that the program was very good, but that some improvements were possible. So I proposed some improvements to President Hiroshi Matsumoto, together with all associate chief scientists, which were partially adopted. This interaction greatly enhanced the research environment I was working in.

Please tell us about your professional and personal goals.

I want to understand how the Universe was born by studying black holes, as they are also created as a result of massive star explosions or failures of massive stars to explode.