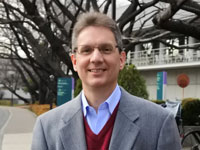 I started my undergraduate studies thinking I wanted to become an aeronautical engineer. But after working in the area for six months, during my second year of college, I decided it wasn’t for me. In my final semester I took an introductory course in genetics and thought, “Wow, why didn’t I discover this field a few years ago!” I eventually pursued a graduate degree in molecular genetics.

Could you describe your role?

My main job is as an international coordinator, but I also research the microbiome.

My most memorable experience was working on the Human Genome Project with many of the world’s top scientists on the most cutting-edge genomic science at the time. I played a very active role in the project and was the lead author for the paper on human chromosome 11.

Could you describe your research?

I work in metagenomics, which is the study of genetic material recovered directly from environmental samples. It’s still a relatively new field, and my lab has developed several tools for analyzing, classifying and visualizing the metagenomic sequence data that has been obtained in projects on the mouse and human gut, soil and so on.

What's most exciting about your current research?

There’s still so much we don’t know, not just about bacteria, but also other microbes such as viruses and small eukaryotes. Microbes account for most of life on Earth, and we’re just scratching the surface in what we know about them and their effect on various environments. 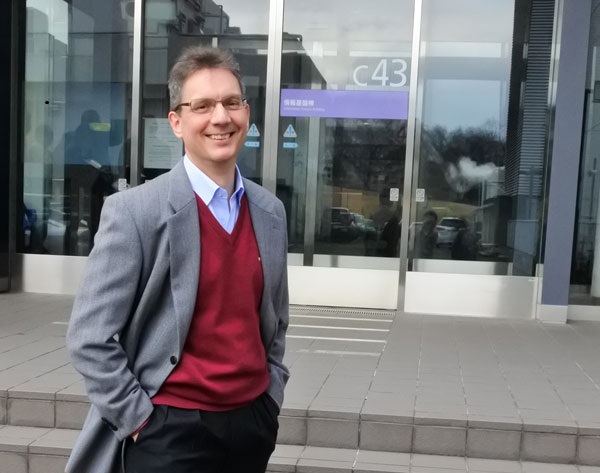 Has being at RIKEN helped your research?

Immensely! I don’t think there is another institute in Japan, or even the world, where I could have worked on such incredible projects to the same extent—these include the Human Genome Project, the chimpanzee genome, and many other genome and metagenome projects.

What has been the most interesting discovery in your field in the last few years?

Not very long ago the influence of microbes on a host or environment was mostly neglected because of how hard it was to study whole microbial environments, or microbiomes. Next-generation sequencing technologies now allow us to study complicated microbial mixtures in almost every type of environment. By comparing microbiomes and host genomes, scientists are beginning to clarify the interactions between them and identify the participating microbial metabolites and cellular components.

My research is important for sustainable development because…

We may be able to, for example, identify naturally occurring microbes or enzymes that can be used to biodegrade ocean pollutants, plastics, sewage and other types of waste. Some microbes can also be used to produce clean green fuels.

Tell us about your professional and personal goals

As an international coordinator, I want to focus on expanding our center’s public relations activities using social media and other online resources, and promoting partnerships with international organizations. Across RIKEN, I aim to push for greater adoption of open-access concepts such as researcher digital identifiers, online digital repositories and publication preprint repositories. One personal goal is to share some of the exciting work we are doing on crowdsourced biocuration through channels such as TED Talks and by reaching out to high school and college students.