The pillars of campus life 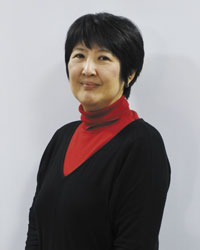 What first brought you to RIKEN?

Actually, my first connection to RIKEN was somewhat accidental; I was hired to be an editorial assistant for a scholarly journal edited by Masao Ito, the founder of the RIKEN Brain Science Institute (BSI). The editorial work was done at his office at BSI, and so I happened to be located at the Wako campus. I subsequently started to work on the Help Desk for foreign researchers at the Brain Science Promotion Office, the administrative division for BSI.

What are you doing now?

I now work at Wako International Support Services, a team inside the Wako Administrative Office that provides administrative support for non-Japanese researchers working on campus. For example, before researchers arrive, we give information on issues such as visas, social security and housing. We also run welcome sessions for arriving researchers and leaving sessions for those who are departing. We support families by providing advice on issues such as medical care, childbirth and education. 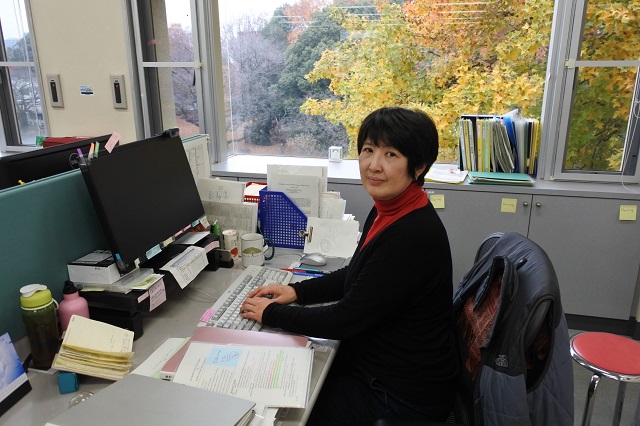 Has the situation changed in the time since you arrived here?

Support was almost non-existent when BSI was established roughly two decades ago. At that time, there were very few non-Japanese people working at RIKEN, but BSI was aiming to get that number up to 20 per cent. Across RIKEN, we have surpassed that number now. Back then, the individual laboratories were also essentially left to deal with their own support issues, and so the assistance researchers received varied a lot. Today, RIKEN has support teams on all our major campuses. Japan has also changed a lot, and it’s easier these days for non-Japanese people to integrate into society. We focus on trying to provide accurate information consistently to allow personnel to be independent. For example, language is obviously often a barrier, and so we have a translation team that provides English versions of administrative documents.

Do you have any particularly vivid memories of your time at RIKEN?

One in particular stands out—not entirely for happy reasons! Because RIKEN is considered quite advanced, people from other research institutes and universities often come to visit us to learn from our experiences. I once advised a delegation of about ten people from another government research institute on dealing with diverse nationalities languages, cultures, ethnicities and religions, among other things. I later found out that they had compiled the information I had given them and published it as a book. I’d always wanted to publish that information myself and was a bit disappointed that somebody else beat me to it.

What are your plans for the future?

I’d like to really integrate our different campus support services. We do a lot of coordination—for example, our welcome sessions are also held at Yokohama and Kobe—but I would like to see support become more RIKEN-wide. I should emphasize, however, that we’ve made a lot of progress in the past few years and we actively share knowledge between our campuses.