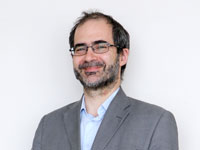 From 2011 to 2017, I led the international Extreme Universe Space Observatory (EUSO) team developing a next-generation Fresnel-lens telescope to study ultrahigh-energy cosmic rays. Since 2018, I have been a part of Toshikazu Ebisuzaki’s Computational Astrophysics Laboratory. The plan is for the Fresnel-lens telescope to be installed on the Japanese Experiment Module of the International Space Station (ISS), where it will help us investigate ultrahigh-energy cosmic rays, which travel through the Universe at the highest energies known to man. The findings will likely allow us to test our knowledge of physics at energies much higher than those we can achieve with particle accelerators on Earth. This year, a prototype observatory we developed, the MINI-EUSO, will be installed on the ISS, and it will search for strange quark matter and measure the ultraviolet emissions of terrestrial, atmospheric and meteoric sources.

Why is your current research important?

Currently, the origin and basic nature of ultrahigh-energy cosmic rays are still a mystery. It is not known, for example, whether these particles are protons or heavier nuclei such as iron. Nor is it clear what produces them. Are they accelerated near black holes? Are they related to some new physics still unknown to us? 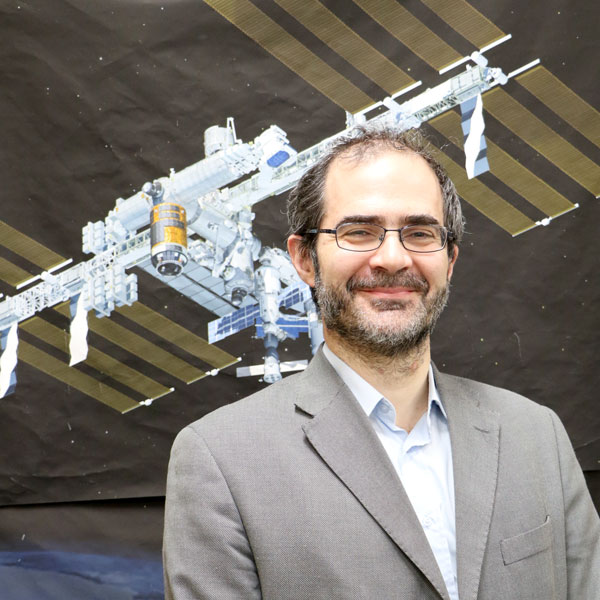 I began studying charged cosmic rays after finishing my Masters degree when I began working on superconducting magnetic spectrometers on balloon payloads and satellite-borne detectors. By helping to adapt several detectors, I’ve since investigated the effect of radiation on the bodies of astronauts on the ISS, and on Russia’s Mir space station before it was deorbited in 2001. Between 2006 and 2016, I worked on the PAMELA space mission, a 500-kilogram space instrument designed to study cosmic rays. Its precision measurements of cosmic-ray matter and antimatter (in the range between 100 mega electron volts and 1 tera electron volts) completely changed how astrophysicists understand cosmic rays and has helped tighten constraints on the nature of dark matter. After the launch of the PAMELA mission, my group was invited to join the Japanese Experiment Module–EUSO space telescope collaboration. In 2005, our group also began collaborating with a group led by RIKEN Chief Scientist Ebisuzaki to develop detectors for this project.

What unique techniques do you use to conduct your research?

The capability to manufacture large-area Fresnel lenses for space observatories with high precision and clarity is, to my knowledge, unique to RIKEN. The techniques were developed by RIKEN’s Ohmori Laboratory and are used today by Yoshiyuki Takizawa, who is currently part of the Ultrahigh Precision Optics Technology Team at the RIKEN Center for Advanced Photonics.

I started working at RIKEN in April 2011, just after the nuclear accident at Fukushima, and so the situation at the time was peculiar. I worked on the recovery of the region and helped monitor the radiation. I also became the principal investigator of the LANFOS Project (2012–2015), which developed a detector for assessing radiation in food affected by the Fukushima accident. For this, we applied our knowledge of space technology to construct a detector capable of assessing the amount of radioactive cesium-137 in food and other materials. Private companies are now commercializing this technology.