Seeing the sweet side to everything 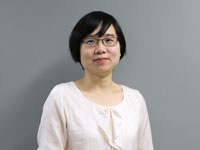 Why do you study sugars?

Our lab studies the metabolic processes of an important group of proteins—those modified with sugar or sugar chains, which we call glycoproteins. In particular, we look at the degradation process of glycoproteins within the cytosol—the water-based fluid in which all the other components of a cell are suspended. These processes are part of the cell’s quality-control system that degrades misfolded proteins, which are always non-functional and can often be toxic to a cell.

What are you looking into at the moment? Why is your current research important?

Until recently, I’d been focusing on an enzyme called Ngly1, which cuts up glycans in misfolded glycoproteins so that they can efficiently degradate. This enzyme is so critical that patients born with a single small change to it suffer from a wide range of symptoms. My colleagues and I discovered the detrimental effect of an enzyme produced when Ngly1 is missing, and we looked for inhibitors, which could be used to treat patients who lack Ngly1. More recently, I’ve been exploring the release of free glycans into the bloodstream. We hope to find the origin of the sugar molecules in the bloodstream, known as complex glycans, as we believe they are released from liver cells and that they may indicate whether the liver is healthy or diseased and so could potentially be used in diagnostic tests.

I grew up in the countryside in China and have always been interested in living creatures. I became extremely interested in genetics in middle school, when I learned about Mendel’s experiment on peas and the genetic code inside each of us that makes who we are. That opened a door for me into the huge field of life science. I wanted to discover as much as I could. 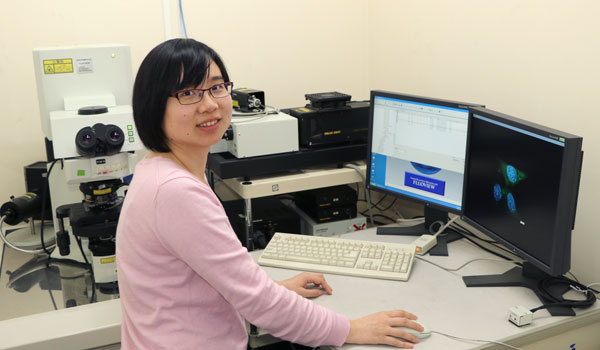 I was initially curious about the regulatory events in cell organelles that cause cells to work so perfectly. I became interested in glycobiology when I learned that even a tiny change to the structure of a glycan molecule can radically alter its biological functions in cells.

I’m fascinated by the miniature world of the cell. While the main focus of our research is basic science, I was really thrilled when I found out that our findings could help patients.

I love it when the cherry trees blossom in spring and when the leaves on the ginkgo trees turn yellow in fall. It’s great fun just walking around campus.

In my first year at RIKEN, I attended a summer school at Izumo in Shimane prefecture. In addition to poster sessions where we could talk with students from different fields, we students also had the chance to talk to the then RIKEN president Ryoji Noyori about science and scientific careers. We also watched traditional Japanese dance and learned about the fascinating history of Izumo. It was a wonderful experience.