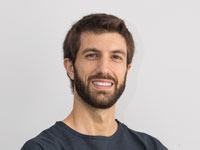 I have a Special Postdoctoral Researcher (SPDR) fellowship, which allows me to investigate the nature of dark matter using some of the fastest supercomputers in the world. My role is to pursue new directions in particle physics and to uncover new questions that need the help of powerful supercomputers to solve. I work as part of the Computational Group at the RIKEN BNL Research Center in the United States, led by Taku Izubuchi. I’ve also been a member of the Quantum Hadron Laboratory at the Nishina Center in Japan since April, working with Professor Tetsuo Hatsuda.

When did you join RIKEN?

I joined RIKEN from New York in 2016 as a SPDR fellow for the RIKEN BNL Research Center at Brookhaven National Laboratory. I had come from a national laboratory in the US and wanted to continue my research. Joining RIKEN allowed me to do that, and the administration provided a substantial research grant together with a globalized environment that facilitates interdisciplinary interactions. 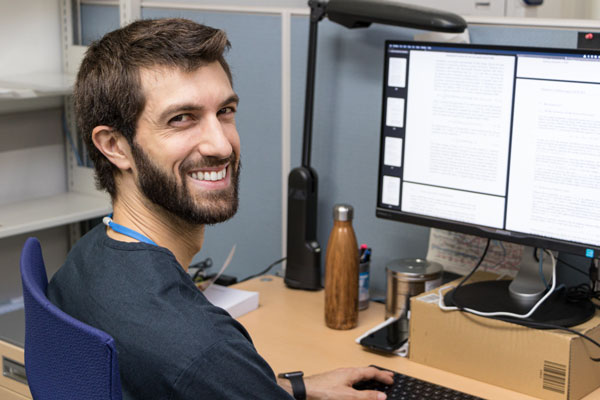 What do you think has been the most interesting discovery in your field recently?

Generally, high-energy particle physics (just a fancy way of describing work on tiny, tiny particles) doesn’t make the news much. However, the whole world tuned into the discovery of the Higgs boson in 2012 by experimentalists at CERN, the largest particle-accelerator research center in the world. It was a huge breakthrough, and the two physicists who predicted the existence of the Higgs boson years earlier received a Nobel Prize just a year later. The Higgs discovery relates very directly to my work because I work on particle theories in which the Higgs boson is not what the standard model predicts, and so I eagerly await new experimental measurements of the particle.

What technologies do you use?

My current research is about understanding the interactions among elementary particles in the standard model of particle physics, and working on theories that go beyond and extend the standard model. It probably sounds very abstract and complicated, but it’s about figuring out why we are here, what happened during the Big Bang and what dark matter is.

The best thing about RIKEN is its highly interdisciplinary approach to research. I’m a theoretical particle physicist, but I’m also a computational physicist. I have direct contact with both worlds at RIKEN. Moreover, being able to talk to experimental particle physicists is also important, and working at the RIKEN BNL Research Center in New York made that easy for me.