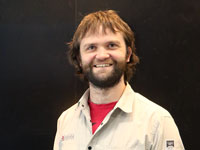 I study exotic isotopes. To quickly explain, perhaps the most successful description of atomic nuclei is that of the shell model; this dictates that protons and neutrons exist in well-defined spatial configurations called orbitals, which are associated with particular energies. My focus is on measuring how these orbitals change when we adjust the number of protons and/or neutrons in nuclei. I do this by examining the radiation they emit.

In particular, I study atomic nuclei that have many more neutrons than naturally occurring isotopes. The properties of such exotic isotopes challenge established concepts of nuclear structure. They are also responsible for the chemical composition of stellar environments, including our solar system. Thus, my findings could provide the means to test poorly understood fundamental nuclear forces, and ultimately could help improve nuclear technology.

What are some of the technologies used to conduct your research?

RIKEN hosts the Radioactive Isotope Beam Factory (RIBF), a facility capable of producing the most intense beams of radioactive nuclei in the world. It does this by accelerating a beam of stable uranium to 70 percent the speed of light and smashing it against lighter nuclei. We probe the structure of the resultant nuclei, which have extreme imbalances of protons and neutrons. 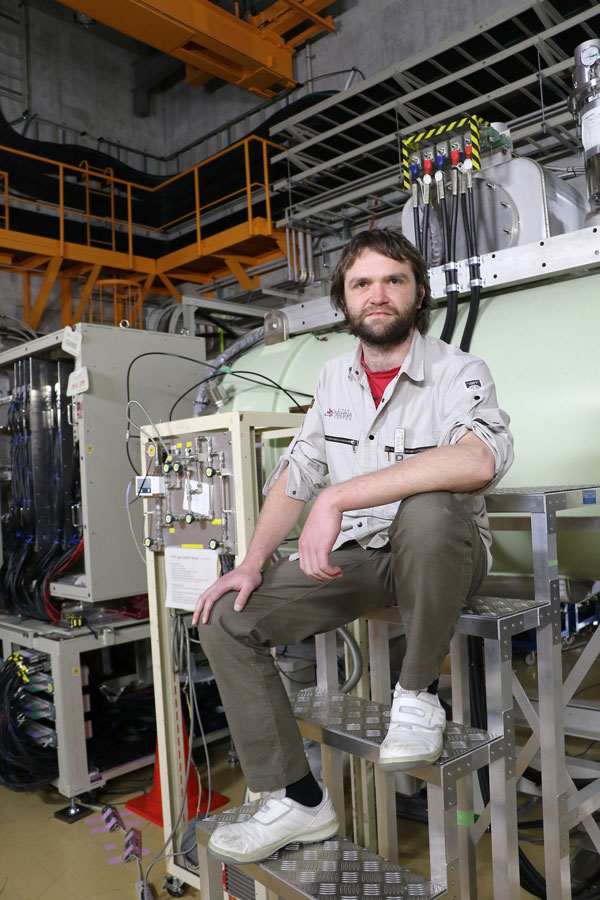 The capabilities of the RIBF are beyond those of any other facility, and will be for the next several years. This makes for a great atmosphere during an experimental run, when you are almost guaranteed to find something new and exciting in the preliminary data.

What has been the most interesting discovery within your field of the last few years?

While atomic nuclei are notoriously difficult to explain in a theoretical manner, it has been predicted that the mass-54 calcium isotope might be particularly stable. This was confirmed in a landmark experiment performed at the RIBF. I’m presently investigating the same nucleus, but using different production pathways. My results provide firmer confirmation of this important result, and hint at a rare competition between nuclear decay modes.

“My research is important to sustainable development because...”

The electric car marks a turn towards burgeoning electricity consumption. In order to match this consumption, reliable and high-density power generation methods must be pursued. Nuclear technologies provide a low-carbon solution. Promising developments towards safer and more efficient power generation include; reactor-neutrino observation as a means of non-intrusive reactor monitoring, and the development of nuclear reaction mechanisms for transmutation of long-lived nuclear waste.

What are your thoughts on science today?

With the increased emphasis being put on the “impact” of scientific results, I believe that there’s a danger of overselling ourselves. Even more dangerous is the active seeking of phenomena in our data that we know will garner attention. Whilst combating this is difficult, indeed these are mostly subconscious behaviours, we should strive to admit our ignorance and treat expected results with the same reverence as those that are unexpected.