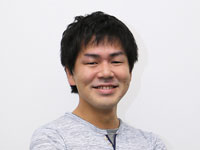 I’m a Special Postdoctoral Researcher at RIKEN looking at galaxy formation and evolution in the early Universe. It has become clear that more than 12 billion years ago there were a number of cosmic ‘monsters’-violent star-forming galaxies and rapidly growing super-massive black holes. I’m trying to understand the formation process of these monsters to help us understand cosmic history.

About four years ago, while visiting a collaborator in the United Kingdom, I analyzed an image taken by the Subaru Telescope in Japan and found the signatures of large extended gas filaments. These filaments (sometimes described as the cosmic web) had been assumed to exist in theory for many years, but no-one had directly observed them before. We published the finding in Science last October.

What do you think has been the most interesting recent discovery in your field? 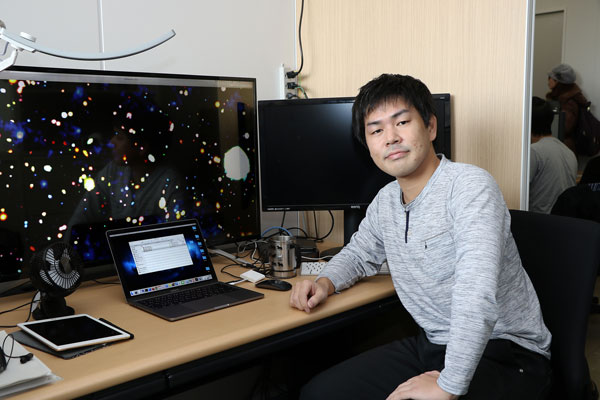 During my childhood, I loved to gaze at the night sky. I was especially absorbed in astronomy when I was a high-school student after seeing the Leonid shooting stars created by debris left behind by the comet Tempel–Tuttle in 2001. Now, even after getting my PhD, I’m still captivated by the sky. Among the various fields within astronomy, the distant universe is the most attractive to me, partly due to its magnificence and vastness. And, personally, I also just enjoy the fun of an astronomical event. It would be great if we could see a supernova in the Milky Way with our naked eyes.

I joined RIKEN about a year and a half ago. The team leader of the laboratory I work in, Dr. Nami Sakai, is an expert in using the ALMA Observatory telescopes in Chile, which is my favorite observatory and that’s why I decided to join her team..

RIKEN hosts several astronomy laboratories that cover theoretical fields, x-ray research, and our group studying the submillimeter/millimeter wavelengths of the electromagnetic spectrum, through which we can examine molecular clouds, looking at the process of star formation from earliest collapse to stellar birth, for instance. This wide variety of groups and high-level scientists helps stimulate ideas to further develop my research. I hope the opposite is also true. In fact, I would say that the environment here is the best thing to me. I really enjoy day-to-day life as a researcher here.