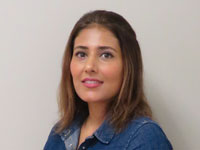 Tell me a little bit about yourself?

I grew up in Iran, in the city of Esfahan. I’m now a postdoc in the Disaster Resilience Science Laboratory at the RIKEN Center for Advanced Intelligence Project. The center is headquartered in central Tokyo, but my lab is located at the Keihanna campus, between Kyoto and Osaka.

When I was nine or ten, I used to play chess against a computer. Most of the time I lost. I was curious how a computer could be smarter than a human. Today, when we Google something or use Google Translate that’s artificial intelligence (AI) too. It really is all around us.

What is your research about?

I apply machine learning to natural disasters, such as landslides, earthquakes and floods. Earthquakes in particular destroy infrastructure in Japan, and AI could help quickly reveal if an area has been damaged and where help is needed.

Currently, I’m using aerial photographs from before and after the main shock to study the Kumamoto earthquakes of 2016. We plan to use a type of deep learning known as a convolutional neural networks (CNNs) to map which areas were damaged, slightly damaged or contained debris.

In the future, we could also use Light Detection and Ranging (LiDAR), which is a good tool for collecting data on building surface elevation. LiDAR uses its own light, so we could collect data at any time of day and under water.

Others at the lab are using AI to better predict when earthquakes will occur. 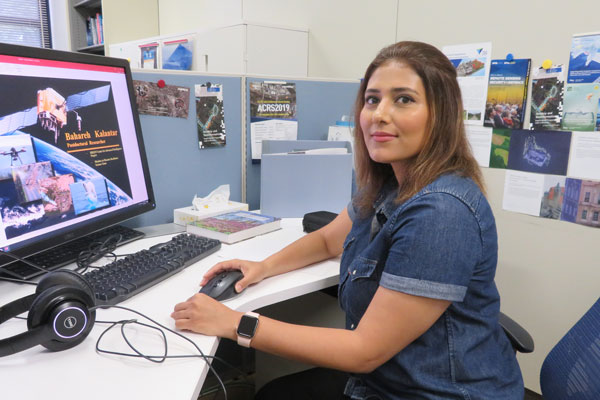 Could you describe your work on landslides?

We are doing landslide susceptibility mapping, looking at conditioning factors such as slope, aspect, curvature, the stream power index (SPI) and terrain ruggedness index (TRI). Using the history of landslides in the area, an inventory map is produced. These conditioning factors and inventory map are used in machine learning algorithms to map landslide susceptibility. The results could be adapted for land-use planners and decision makers to improve landslide risk-assessments.

What is your aim as a scientist?

About one in three people is affected by natural disasters. I would like to contribute to creating better disaster resilience, particularly in vulnerable developing and undeveloped countries.

How did you come to RIKEN?

I was studying at the Universiti Putra Malaysia (UPM), and we had exchange programs with Japanese universities, so I met Japanese students or professors. As a result, I already knew I would like to work in Japan.

In 2017, when I learned there were openings for RIKEN postdocs, I noticed that Naonori Ueda (who is now my supervisor) is a widely recognised machine learning scientist. I felt it was a great opportunity for me.

Do you enjoy working at RIKEN?

Working with Japanese researchers is amazing. They encouraged me to focus on one specific thing and to do it perfectly. That’s the way Japanese scientists work.