Searching for the secrets of spin 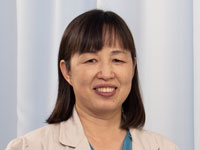 I lead a team focused on microscopic phenomena, including tiny magnetic vortices called skyrmions and antiskyrmions. These phenomena are found in substances in their solid state, also known as condensed matter materials.

My research is important to society because…

The ability to manipulate nanometer-scale spin textures is a key to the development of spintronics (next-generation electronic devices that consume very little power). We believe that these spin textures could be used to transmit data and logic in a similar way to the bits in standard computing. The secret to the low power consumption of spin textures is that it can be stimulated using minimal electric charge. 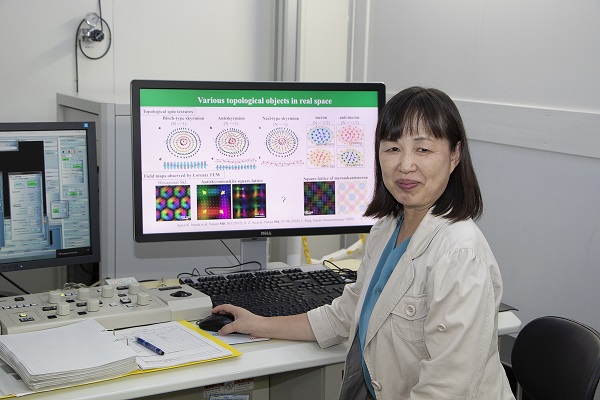 What excites you about your current research?

Our Lorentz transmission electron microscope allows us to study crystal structures and magnetic domain structures that correlate with novel physical properties. It has allowed us to prove that when external stimuli trigger a structural transition in crystals of topological spin textures between tetragonal and hexagonal lattices, there is an effect on these topological spin-textures; they transform between the meron and skyrmion spin states.

The director of the Center for Emergent Matter Science, Tokura Yoshinori, is a pioneer of condensed matter physics and I had always wanted to join Tokura’s RIKEN group. Luckily, I became part of the Tokura FIRST program as a postdoctoral fellow in 2010. The FIRST program funded young PhD candidates to train with world-leading researchers to encourage them to direct research and development with practical applications. 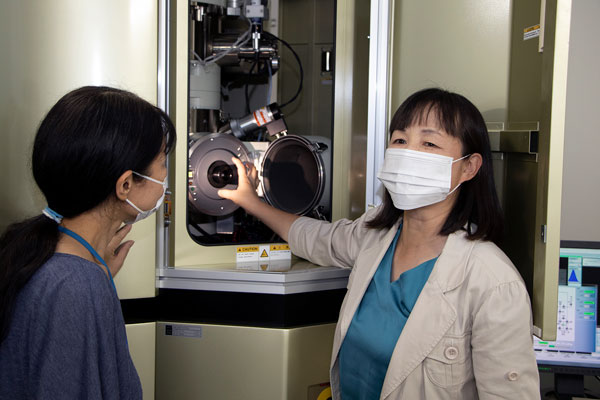 What do you think has been the most interesting discovery in your field in the last few years?

Although researchers have been hypothesizing about skyrmions for several decades, they were only experimentally proven for the first time in 2009. After that finding, there was a boom in worldwide skyrmion research. In 2010, my team was the first to observe skyrmions in a helimagnet using improved Lorentz transmission electron microscopy under external magnetic fields. We also recently observed its antiparticle, the antiskyrmion, in real time. These findings pave the way for more work toward real-world applications. We are now developing a 3D imaging technique to directly visualize minute topological spin textures for further investigation.