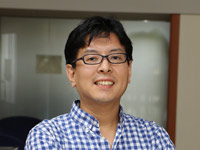 I lead the Extreme Natural Phenomena RIKEN Hakubi Research Team, a group that studies high-energy phenomena. In January 2020, my team became part of the second round of RIKEN Hakubi teams, a five-year program that allows young researchers to pursue independent projects. Currently, my team has three main projects: understanding the mechanisms of gamma-ray radiation from lightning and thunderclouds; exploring new astronomical techniques for observing black holes and neutron stars using CubeSats; and probing for hidden water on the Moon using neutron signals produced by cosmic rays.

Before I came to RIKEN, my group measured high-energy atmospheric radiation (such as gamma rays, neutrons, and positrons, which are antiparticles of electrons) originating from winter lightning and thunderstorms in Japan. We published our findings in Nature in 2017. The position signal indicated that gamma rays from a lightning discharge trigger photonuclear reactions when colliding with atmospheric nitrogen and oxygen nuclei.

How did you become interested in your current research?

Initially, I worked in x-ray astronomy, studying neutron stars and magnetars, which are compact objects formed after supernova explosions. Now, my team is using space-science technologies to explore the radiation emanating from thunderstorms on Earth.

We are currently making a new x-ray astronomical CubeSat (named NinjaSat) as part of collaborations with the RIKEN Tamagawa High Energy Astrophysics Laboratory and young researchers from a number of institutes. NinjaSat is a small 6U-sized spacecraft that will be used to observe bright x-ray sources in the sky. We can observe x-rays from accreting matter that falls into black holes or neutron stars. This small observatory will help gravitational-wave observatories to search for coherent gravitational waves from fast-rotating neutron stars. 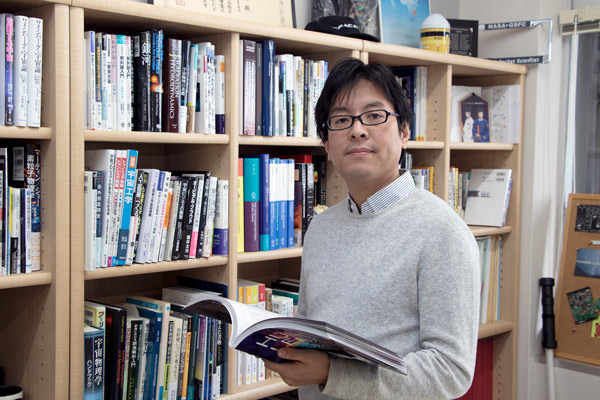 My research is important to society because...

We are developing a new non-contact water sensor using our neutron-measurement technology. This device uses the fact that neutrons bounce off protons in water. The same techniques have been used to find corrosion in bridges and pipes, and to measure moisture in the soil. We’re particularly interested in advancing space exploration by examining the possibility of hidden water on the lunar surface. We will work to develop new neutron detectors, which will be used for lunar rovers, and to look for the water signature in neutron signals, which are generated by cosmic rays striking the Moon’s surface.

RIKEN’s interdisciplinary environment has been very beneficial to my group, as its research targets cover physics, astronomy, geophysics and meteorology. Such a multidisciplinary approach is challenging to achieve at universities. RIKEN has shifted to an online research style due to COVID-19, which has allowed one of our members to work from home in Brazil.