Leading the life sciences at RIKEN 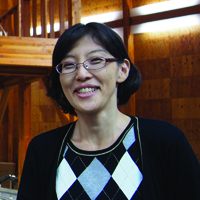 In high school, we were required to join a school club. I was unable to join my first choice so instead became a member of the biology club. We worked in pairs to conduct experiments but the friend I was partnering with left to study abroad, meaning that I had to do everything on my own.

What is your role at RIKEN?

I currently serve as director of the Division of Structural and Synthetic Biology in the RIKEN Center for Life Science Technologies (CLST) and am also a deputy director of the center. I am involved in decision-making and the coordination of operations for the CLST and various research groups. I also chair meetings to promote research initiatives.

An enjoyable aspect of my work is helping our principal investigators and researchers to resolve the issues that they face. I hope that my current efforts are building the foundation of a continuing collaboration with many other scientists at RIKEN. 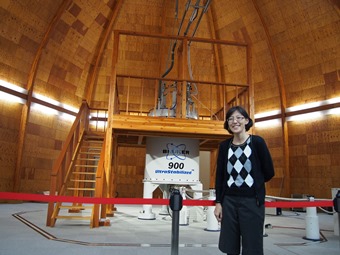 In 1993, when I was still a PhD student, my supervisor—Professor Shigeyuki Yokoyama—established the Cellular Signaling Laboratory at the RIKEN Wako campus. I came to RIKEN that fall as a member of the lab and in 1995 was hired as a researcher. In 2000, I was transferred to the Yokohama campus as part of a research group within the Genomic Sciences Center. I worked on the RIKEN Structural Genomics/Proteomics Initiative, which was running as a major part of the National Project on Protein Structural and Functional Analyses (NPPSFA), also known as the ‘Protein 3000’ project. The equipment we used was incredible, and it was a very rewarding experience for me.

As a university student, I was interested in the mechanisms behind various biological phenomena, such as physiological processes involved in the onset of disease. I wanted to understand these phenomena on a molecular level, which is why I chose my initial research lab. The lab focused on analyzing molecular structures, so I became interested in working to elucidate a structural basis for the mechanisms of cellular signal transduction.

I found it especially fulfilling to be able to determine many protein structures for the Protein 3000 project even though my contributions to the project were not vast. It was interesting when the activity of a protein matched our predictions but equally intriguing when structures turned out to be something we never expected.

RIKEN is very flexible and supportive of researchers who wish to continue their research while on maternity leave. Even when I was away from the campus, I could conveniently access what I needed and communicate instructions for the lab and discussions over the phone and by e-mail.