Minding the brain in bipolar disorder 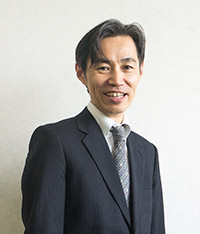 I was very interested in psychology and psychoanalysis in high school, and read books by Sigmund Freud on consciousness, preconsciousness and the role of dreams. I came to the conclusion that I wanted to study humans from the perspective of a medical doctor, so I decided to join the Faculty of Medicine at the University of Tokyo. There, I learned that the mind can be studied using neuroscience techniques, such as by measuring brain activity during rapid eye movement sleep when dreams typically occur. That was when I decided to switch my focus to the brain as a means of understanding the mind.

How did you end up working on bipolar disorder?

After meeting several patients suffering from bipolar disorder, I was convinced that it was a disease of the brain. When bipolar patients are in their depressive state, they become immobile and cannot speak. After only one night of sleep deprivation, they suddenly go into a manic state of extreme excitement and hyperactivity. They look as if they are a different person. I felt that there must be a biological basis for such a dramatic behavioral change.

How has the diagnosis and treatment of bipolar disorder evolved in Japan?

Unfortunately, not much has changed in terms of the methods used to diagnose bipolar disorder, and it is sometimes even misdiagnosed as schizophrenia.

What has been your contribution to our understanding of bipolar disorder?

Researchers initially linked bipolar disorder to faulty intracellular signaling involving neurotransmitters. Our studies point to a role for mitochondrial dysfunction in bipolar disorder, which means that it is caused by more fundamental cellular dysfunction. We do not know, however, whether the neurons themselves are dying or whether their dendrites or axons are damaged.

What are your professional goals? 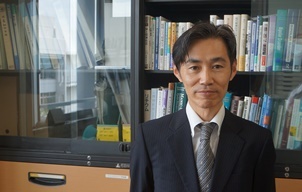 I would like to show that human neuropsychiatric diseases can only be understood by combining basic and clinical science. The natural sciences study objects and animals, whereas the social sciences study societies and people. Neuroscience lies between the two. Both basic science experiments using animal models such as mice and clinical science methods, which are more descriptive and observational, are needed to study the neural basis of mental disorders. In my work, I apply technologies from physics and chemistry to study the brain and understand the nature of human behavior and society. I hope to continue to bridge the research gap between basic and clinical science over the coming decades.

This is an edited excerpt of an interview between Tadafumi Kato and Ray Luo, a research scientist at the RIKEN Brain Science Institute.