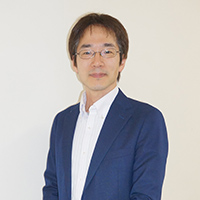 My work involves developing solid materials that can switch from one state to another―for example, from an insulator to a metal or from a non-magnetic phase to a magnetic one. This is an important area of research from a basic science point of view.

The materials that I study, known as strongly correlated electron systems, maintain a delicate energy balance, with many electronic and magnetic states competing with each other. As a result, their physical properties often change dramatically―sometimes even unexpectedly―following a slight change in the temperature, pressure or magnetic field. These dramatic changes are quite interesting in and of themselves, but what I enjoy most about my research is trying to figure out why they occur—it’s like trying to identify the murderer in a mystery novel. Understanding physical properties at a microscopic level is not easy, and we often have to deduce possible mechanisms from the many plausible options based on our experimental results. 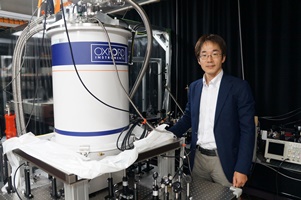 © 2016 RIKEN
I recently found that I can change the electronic and magnetic states of solid materials simply by applying a laser or electric pulse. The change is reversible and persists even without a power connection. Typically, researchers introduce such phase changes by altering a material’s environmental parameters, such as the temperature, magnetic field or pressure. For example, some metals turn into superconductors when the temperature is lowered. My approach, on the other hand, does not involve altering the environmental parameters, thus opening up a new way to control physical properties.

What has been the most interesting discovery in your field?

One of the most exciting developments in my field has been the observation of a single skyrmion―a particle-like vortex found in magnetic materials. Because skyrmions can have radii as small as 10 nanometers and can be controlled by applying a weak electric current, they have become an emerging candidate for the next generation of magnetic memory devices, which will have high storage densities and require low power. To realize such applications, it was important to establish a method for creating and annihilating skyrmions under a given environmental condition. To this end, I applied my earlier developed method and succeeded in creating and annihilating many skyrmions at once using a single electric pulse.

The RIKEN Center for Emergent Matter Science has many distinguished scientists with diverse expertise and backgrounds. Through discussions with my colleagues, I have gained new insights into my ongoing research and come up with interdisciplinary research plans. Moreover, at RIKEN I can easily consult with specialists on the use of highly sophisticated techniques and equipment for measuring physical properties.