Seeing through steel and concrete 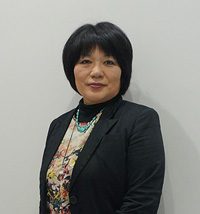 Beams of subatomic particles known as neutrons can be used to nondestructively probe the structure and composition of materials. These uncharged neutrons can penetrate heavy elements, seeing through 3-centimeter-thick steel plates and 50-centimeter-thick concrete slabs. Neutron beams can also be used to detect light elements such as hydrogen, lithium and boron. But researchers have not been able to develop a convenient system that can be used anywhere and anytime.

My team is developing compact, accelerator-driven neutron sources for practical applications. We want to use these systems to assess the inner condition of large infrastructure projects such as highways and bridges that are nearing the end of their life cycles.

I have enjoyed physics since high school. I am especially interested in observing coherent behavior in the quantum states of neutrons and searching for the breaking of time-reversal symmetry in the electric dipole moment of the neutron.

Through working on neutron experiments and nuclear reactors that serve as sources of neutrons for research, I became interested in neutron imaging and potential industrial uses of compact neutron sources. I cultivated this interest through a collaboration with the RIKEN VCAD System Research Program, which ran from 2001 to 2011. The project sought to develop a method for modeling and simulating both the shape and volume of an object for use in manufacturing, medicine and the biosciences.

What have been your most memorable experiences at RIKEN?

I get excited when I discover new ways of making neutron beams more compact or neutron detection easier. I also really enjoy discussing with industry representatives about ways of using our systems to nondestructively inspect their products. 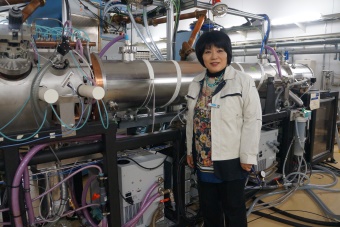 RANS and Otake © 2016 RIKEN
In 2013, we collaborated with several RIKEN groups to develop the first compact neutron source specifically designed for practical use by industry, named RANS (RIKEN accelerator-driven compact neutron source). RANS was used to visualize, for the first time in the world, corrosion and water volume in painted steel, working with members of a research group at the Iron and Steel Institute of Japan. And in 2015, RIKEN constructed a new building for RANS. Nowadays, it is considered exceptional to get the approval and budget to construct an entirely new building, and that too just for one team to develop new instruments.

The best thing about being a researcher at RIKEN is its free and engaging atmosphere. We can discuss many areas of interest with high-level researchers and have the flexibility to start new research projects.

In 2015, Takaaki Kajita and Arthur McDonald were awarded the Nobel Prize in Physics for discovering that an elusive and abundant elementary particle called the neutrino oscillates between different identities, and hence has mass. This finding contradicts the standard model of particle physics, which requires neutrinos to be massless.