Building the mind of the post-K machine 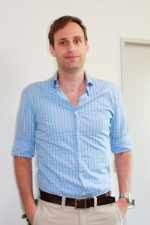 RIKEN is leading the design and development of the next-generation supercomputer—the successor of the K computer, which will be launched around 2020. Part of this effort is developing the system software, and I am working on its operating system and input–output subsystem.

System software is considered an enabler for conducting science in its traditional sense. Research in many fields—from climate modeling to drug discovery, astrophysics and alternative energy—has shifted entirely to computer simulations and many of these domains require large supercomputers to expand the state of the art.

I have been fascinated with computers since my early childhood. My father also worked as a computer engineer and taught me the fundamentals of programming while I was in elementary school. I went to university to study mathematics and program design, and became a researcher to pursue my dreams of exploring the unknown.

What excites you most about your field?

Operating system code is at the heart of computers; a small change in the operating system ‘kernel’ can have a huge impact on everything else that runs on the system. With supercomputers, this becomes even more exciting because there are so many components connected to each other.

What has been the most interesting discovery in your field in recent years? 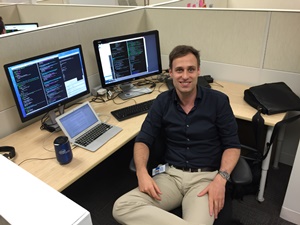 ‘Discovery’ might not be the appropriate word for system software research because of the field’s engineering nature. Of course, there have been breakthrough ideas in computer science. One very influential concept was the recognition of a single computer’s resemblance to distributed systems. The growing number and diversity of components in computers led to specialized operating systems running side-by-side, an approach RIKEN is also pursuing for the post-K machine.

Japan has been at the forefront of supercomputing for a long time. RIKEN is particularly appealing because it hosts the K computer and leads the development of the next-generation Japanese supercomputer. Access to cutting-edge hardware and a strong emphasis on international collaboration at RIKEN have been highly beneficial to my research. Recently, I had the opportunity to visit Intel Corporation in the United States for a couple of months, which gave me insights into the direction in which the computer-hardware field is headed.

One of my most memorable experiences was the new-year rice cake pounding ceremony (mochitsuki). I learned first-hand how rice cakes are made, and got to hammer down some mochi, which was quite good exercise and a lot of fun.

What do you wish you had known before arriving in Japan?

I am originally from Hungary. One of the most crucial things in moving to Japan is language ability, and I wish that I had put more effort into that in the beginning. By the same token, I think RIKEN should also promote more frequent interactions between Japanese and foreign researchers within the institution.