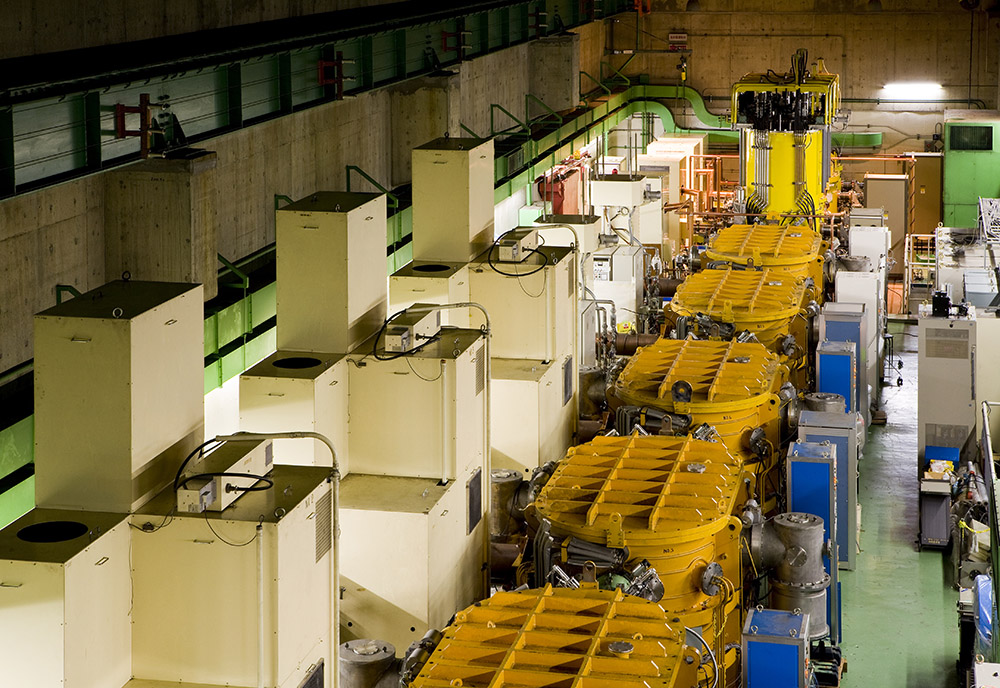 Radioactive Isotope Beam Factory (RIBF) is a next-generation heavy-ion research facility enabling researchers to shed some light on the ultimate picture of nuclei and thus propel forward our understanding of how heavy elements were first formed in the universe.

RIGF provides researchers with one of the most intense ion beam in the world. At its heart lies the superconducting ring cyclotron, the world’s largest at 18 meters in diameter and weighing around 8,300 tons — more than twice the weight of Tokyo Tower.

Recent upgrades to the RIBF allow for the generation of intense beams of about 4,000 unstable nuclei, ranging from hydrogen to uranium, making it possible to probe beyond the limit of the known nuclei.

RIBF is located at the RIKEN Nishina Center for Accelerator-Based Science in Wako.