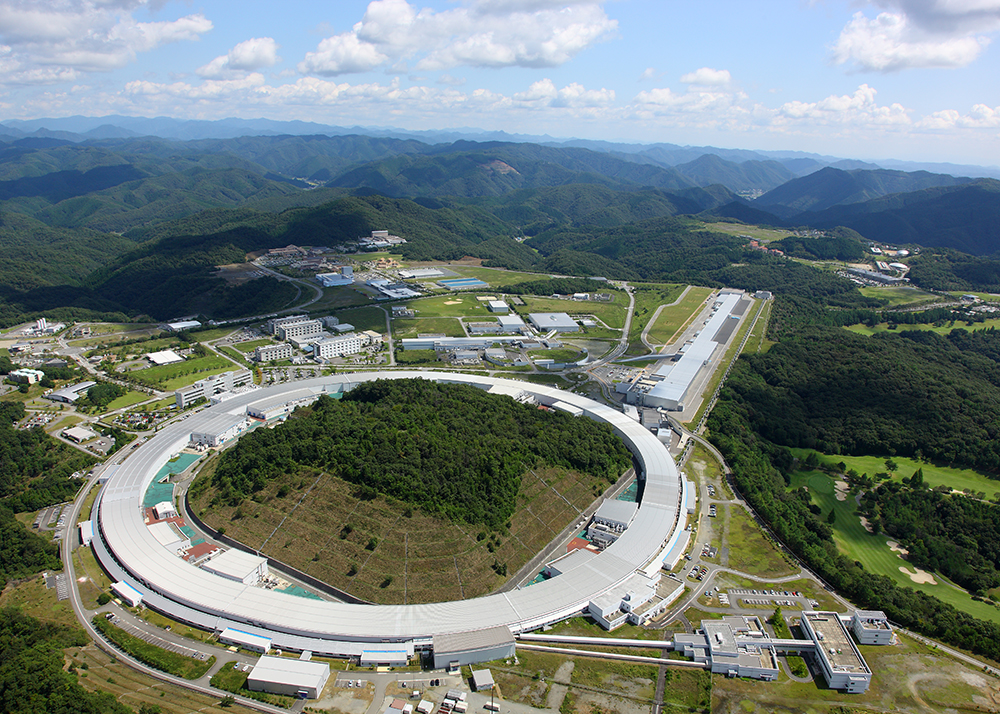 Japan’s synchrotron radiation facility SPring-8 is a high-bright­ness source of X-rays covering a very broad range of wavelengths. At the core of the facility is the storage ring, which circulates high-energy electrons around a 1.4-kilometer path. The X-rays are extracted into a series of beamlines equipped with instruments for a wide range of analyses.

The intense X-ray beams produced by the facility are particularly suitable for determining crystal structures at ultrahigh resolution, and for this reason the SPring-8’s beamlines are in high demand among researchers in both structural biology and materials science.

SPring-8 remains the largest third-generation syn­chrotron in the world, and thanks to ongoing joint development by the Japan Synchrotron Radiation Research Institute (JASRI) and RIKEN, continues to maintain its world-leading status.