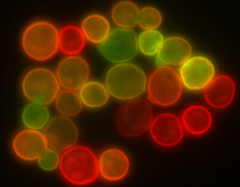 Baker’s yeast is best known for its role in baking and brewing beer. Thanks to the previous work published on Nature Chemical Ecology, done in a collaboration between scientists from the RIKEN Center for Sustainable Resource Science and colleagues at the University of Toronto in Canada and the University of Minnesota in the US, we now know that this humble organism can be used in leading edge drug discovery. This RIKEN-led team used yeast to test 14,000 natural compounds, derived from soil-based bacteria and other sources, for their potential use in therapeutics. One major challenge in drug discovery is finding the mechanism behind a drug’s action. It turns out that yeast may be a powerful tool to tackle this problem, because yeast cells are a simpler version of human cells, but much better understood at the molecular level. The researchers used chemical genetics to find compounds that had a similar effect to gene mutations, which are extensively documented in yeast and provide a key for deciphering a drug’s effect on a cell. One of the key findings of the work was that RIKEN’s library of natural compounds contains diverse agents that affect many different cell processes. Some of these compounds could potentially be used in the treatment of a variety of conditions, such as infections, neurological diseases like Alzheimer’s and Parkinson’s, and cancer. For more information, see the press release from the University of Toronto.